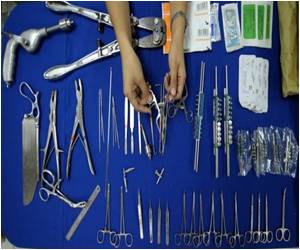 A resident of Hebei, China perform a self-amputation on his leg using a fruit knife and a rusted saw just because he could not afford hospital services.

When Zheng Yanliang was diagnosed with severe arterial thrombosis in both legs, he was told that he had just a month to live, the Daily Star reported.

The 47-year-old farmer explained that one day he waited for his wife to go to bed and then he bit down on a piece of wood to deal with the surge of intense pain that came after he sunk the metal instruments into his flesh.

Yanliang's leg has now healed, and a doctor has offered to operate on his infected leg free of charge.

Health Benefits of Pineapple
Pineapples consumed by and large by people all over the world are a rich source of Vitamin C and hav...