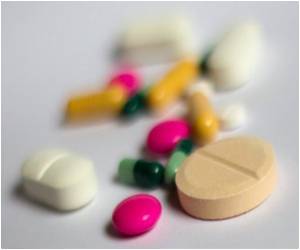 An enzyme replacement therapy pioneered at Duke University has saved many lives of children with Pompe disease, but few develop an immune reaction that blocks the benefits of the life-saving treatment.

To date there has been no success in eliminating or suppressing this immune response.

Pompe disease or Glycogen Storage Disease is a rare genetic disease caused by the buildup of a sugar called glycogen in the body's cells. It is caused by the deficiency or absence of the enzyme alpha-glucosidase.
Advertisement

Now research led by Duke University Medical Center, with collaborators at other centers, has resulted in successful enzyme replacement therapy for children who were predicted to have or who had the immune reaction blocking the effects of the enzyme therapy. In the past, children with this immune response died despite treatment.


In an article appearing in Genetics in Medicine, the researchers showed that a very low-dose combination of medicines typically used to treat cancer was successful in eliminating or preventing the immune response.

University of Florida researchers are hopeful that gene therapy will help patients in the late stages of Pompe disease breathe on their own.
Advertisement
The drugs were rituximab, methotrexate and gammaglobulins - a mix of chemotherapeutic drugs and drugs to support the immune system. These drugs were the right mix for children who had Pompe, and who were most likely weren't going to benefit from the enzyme treatment because of their anti-GAA immune response.

"The goal is to get the new combination therapy to the child who is at risk of rejecting the enzyme, before or at the time the enzyme (recombinant human GAA (rhGAA), known as Myozyme) is infused," said senior author Priya Kishnani, M.D., professor of Pediatrics and Medical Genetics at Duke. "If you can get this combination to people early, before they are infused with the enzyme, they will likely have a very good response to the enzyme treatment. Once the body has been exposed to the enzyme treatment, the babies at risk are likely to mount an immune response that blocks the effectiveness of the infused enzyme."

The group at Duke earlier showed the role of the immune response in children with Pompe disease. Once this response occurred, children who were previously doing well failed to benefit from treatment and died.

The team at Duke used genetic sequencing to identify the children at risk of enzyme-treatment failure. The experience of the Duke group allowed for identification of these cases early.

Senior author Kishnani said the stakes of failure are very high. "Until now, children with Pompe who make antibodies to the enzyme treatment die or are placed on invasive ventilation by age 27 months," she said. "It is very difficult for families, because some children who initially showed a benefit and were able to walk then started failing once the immune response occurred. It is heartbreaking to watch, not only for family members, but also for the team that cares for the children."

The study examined four children, two who had Pompe and had never been treated and two who were treated, but were failing.

"We have made a difference in the lives of four patients at medical centers around the world," Kishnani said. "All of them have achieved new motor abilities, in distinct contrast with the relentless downhill course of patients who were unable to tolerate the enzyme therapy and would otherwise have died." Some of these children have now been doing well for a number of years, Kishnani said.

Post-Nasal Drip Pregnancy Confirmation Calculator A-Z Drug Brands in India Blood Pressure Calculator Indian Medical Journals Drug Interaction Checker Calculate Ideal Weight for Infants Iron Intake Calculator Find a Doctor The Essence of Yoga
This site uses cookies to deliver our services. By using our site, you acknowledge that you have read and understand our Cookie Policy, Privacy Policy, and our Terms of Use