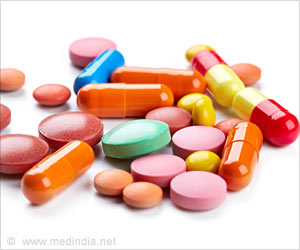 Older adults with chronic health conditions taking five or more medicines (known as polypharmacy) could face many harmful side effects.

Polypharmacy can contribute to serious problems including falls, disability, and hospitalizations. Taking more than five medications is especially common among older adults with heart failure, which is the leading cause of hospitalization for people age 65 and older.


Doctors often prescribe several different drugs to improve heart failure, but this can increase your risk of harmful side effects and interactions between your medications. Older adults who have trouble performing routine daily activities are at a particularly high risk for the negative effects of taking a large number of medications.


In a new study, researchers examined whether limitations in older adults' abilities to perform their routine daily activities were linked to taking multiple medications for heart failure. They published their study in the Journal of the American Geriatrics Society.
Advertisement
The researchers examined data from 2003-2014 from the National Health and Nutrition Examination Survey (NHANES). They looked at whether limitations in performing routine daily activities were linked to the number of drugs taken by people aged 50 and older with heart failure.

They were also considered to be frail. People who are frail can be weak, have less endurance, feel exhausted, and be less able to function well. Nearly 25 percent of the people in the study had trouble thinking and making decisions (also known as cognitive impairment).

Cognitive difficulties were more common among people who also had problems performing their routine daily activities.In the study, 74 percent of the participants took five or more medications.

Infective endocarditis has been arbitrarily categorized as acute or subacute based on the length of symptoms ...

It can be a serious condition affecting the heart. It is defined as mean pulmonary arterial pressure >25mm Hg ...