Polio Fight Critical Despite Attacks: WHO 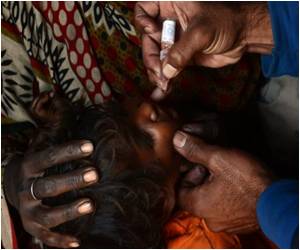 Despite a rising death toll among vaccination workers it was crucial to push on with the fight to eradicate polio, said the head of the World Health Organization.

A Pakistani policeman was shot dead earlier this week while protecting a polio team, police said, bringing the number of deaths in such attacks in the troubled country to 20 since December.

Speaking in Australia Dr Bruce Aylward said the WHO was working to reduce risk factors for those involved in work to tackle the crippling illness in countries such as Pakistan.


"It's a horrible tragedy. As you can imagine, it's something very personal, the pain you feel for families that lose people in the course of a programme that you are actually the head of," he told AFP from Canberra.
Advertisement
"(But) every time it does happen... invariably the people come back and say to us 'this makes finishing that much more important'."

The umbrella Taliban faction in Pakistan last year banned polio vaccinations in the tribal region of Waziristan, alleging it was a cover for espionage.

Rumours about vaccines being a plot to sterilise Muslims have also dogged efforts to tackle the highly infectious disease in Pakistan, one of three countries along with Nigeria and Afghanistan where polio remains endemic.

Last month gunmen stormed two clinics where polio vaccination workers had gathered in Nigeria, killing at least 10 people, prompting the government there to vow to press on with the eradication programme.

Aylward said the violent reactions had occurred as health workers moved into areas that had often been long neglected, and in many instances were not experiencing polio outbreaks at the time.

"This is an incredible landscape for suspicion and conspiracy theories," he said.

"And it also provides an incredible opportunity for people who want to embarrass the government or play out a political agenda. And that's really what's happened."

Aylward said it was important to push on with the programme because it was the low season for polio after the peak at the end of the calendar year, and this year there were unusually low levels of the disease around.

"This is the Achilles heel of the virus right now so it would be really unfortunate to have to stop at this time -- but at the same time we won't do something stupid."

Bill Gates Predicts Eradication of Polio by 2018
Microsoft founder and philanthropist Bill Gates has predicted that polio will be eradicated by ......

To Prevent Re-entry India Ups Polio Immunisation at Borders
To prevent the re-entry of polio from Pakistan India has stepped up vigilance at its borders. The .....

Polio Virus Found in Egypt Linked to Pakistan
After virus samples linked to a southern Pakistani city were discovered in Egypt, Pakistani health ....