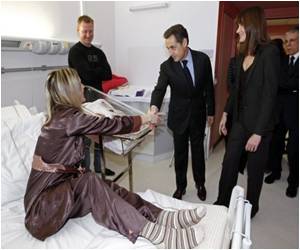 Reduction of gun related injuries and deaths in US have been recommended in a new policy paper from ACP offering nine strategies to address the societal, health care and regulatory barriers..

Principal among ACP's nine strategic imperatives is the recommendation to approach firearm safety as a public health issue so that policy decisions are based on scientific evidence. As such, ACP strongly supports universal criminal background checks to keep guns out of the hands of felons, persons with mental illnesses that put them at greater risk of harming themselves or others, people with substance use disorders, and others who current regulations prohibit from owning guns.

The United States has the highest firearm-related mortality rate among industrialized nations. ACP believes that a comprehensive, multifaceted approach is necessary to reduce this epidemic of gun violence and that physicians play a vital role.


"Patients have long trusted their physicians to advise them on issues that affect their health," said Molly Cooke, MD, FACP, president of ACP. "Physicians can play a critical role in educating the public on the risks of firearm ownership and the need for firearm safety through their encounters with their patients. ACP strongly believes the patient-physician relationship should be protected from laws that prevent physicians from initiating a discussion about guns."
Advertisement
To inform its policy position, ACP's Health and Public Policy Committee conducted a comprehensive review of the available data on the impact of access to firearms, mental health, state and federal firearms laws, and efforts to reduce firearms violence. ACP also surveyed a large, nationally representative panel of internists in the United States about their attitudes on firearms and firearm injury prevention.

"We concluded that firearm violence is not just a criminal justice issue, but also a public health threat that requires the nation's immediate attention," said Thomas Tape, MD, FACP, chair of ACP's Health and Public Policy Committee. "As an organization representing physicians who have first-hand experience with the devastating impact of firearm-related violence, ACP has a responsibility to participate in efforts to mitigate needless tragedies."

Source: Eurekalert
Advertisement
<< Diabetics With Kidney Disease may Benefit by a New Drug
Kidney Disease Patients may be Affected by Anemia from Comm... >>

Focus of Sweden's Prostitution Policy to Turn Towards Men
A government-commissioned report in Sweden mentioned on Thursday that men who are prosecuted for ......

One-Child Policy in China Relaxed
China has now begun loosening its controversial one-child policy, and now couples can legally have ....