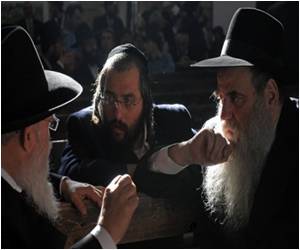 A senior Polish minister said that Poland's top court will consider whether the country's Jewish and Muslim communities can perform kosher and halal slaughter despite a recent ban.

The ban was hailed by animal rights activists but condemned by Jews and Muslims as well as farmers and exporters of meat to Israel and Muslim countries.

The Jewish and Muslim communities each number around 20,000 to 30,000 people Poland, a country of some 38 million people.

Should the court rule in their favour on grounds of religious freedom, ritual slaughter could still be outlawed for commercial butchers who had exported up to 350 million euros ($460 million) worth of kosher and halal meat a year before the ban.

Earlier this week, the Pope ordered an investigation into the ban following a meeting with the president of the World Jewish Congress, which represents Jewish communities outside Israel.

Ritual slaughter was banned in Poland on January 1 after the country's Constitutional Court deemed it incompatible with animal rights legislation.

On July 12, lawmakers struck down a government bill that would have reinstated the practice.

Israel termed the move "unacceptable" and a "blow" to Jewish tradition, calling on parliament to review its decision.

European Union rules on the slaughter of livestock are designed to minimise suffering for animals when they are killed, but religious groups are exempted from a requirement that animals be stunned before death.

Kosher and halal slaughter require an animal be killed by slitting its throat.

Source: AFP
Advertisement
<< Damascus Residents Retreat to Parks to Relax and Forget the...
Raising a Child Has No Simple Recipe >>

Pope to Investigate Poland's Ritual Slaughter Ban
The president of the World Jewish Congress revealed that Pope Francis will be ordering an ......

Tensions Deepen in Catholic Poland as Church Sacks Rebel Priest
The sacking of a rebel priest who criticized the church's censure against controversial topics has ....

Comatose New Jersey Man Wakes Up in Poland
Sixty nine-year old, Wladyslaw Haniszewski, was completely stunned to suddenly find himself in a ......