Poker is More of Skill and Less of Luck 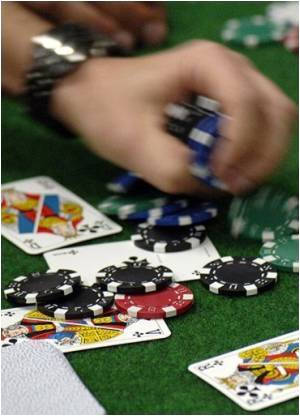 A Brooklyn judge has ruled that poker is mostly a game of skill, not luck, and is therefore, legal under federal law.

The 120-page decision by Federal Judge Jack Weinstein closed the conviction of Lawrence Dicristina, of Staten Island, who admitted to running the Texas Hold'em contests.

Poker is a Stress-Buster?

Playing poker might indeed be beneficial for your health after a study by Canadian researchers reveal that the popular card game could be an effective stress buster.
Advertisement

It is the first time that a court has ruled that poker cannot be considered illegal gambling and could bolster the case to legalize Internet poker.


"While players' actions are influenced by chance events, their decisions are based on skill," the New York Daily News quoted the judge, as concluding, adding: "By bluffing, for example, players can overcome the power of chance and win a hand despite holding inferior cards."

Research Finds How Poker Players Keep Their Heads in the Game

It is acknowledged that there are those who have the uncanny ability to win when there's money on the table.
Advertisement
However, under the judge's ruling, poker dens would still be considered gambling under New York law, which defines the activity as any game that has some dependence on luck, while the federal statute says gambling is mostly dependent on luck, the report said.

According to the report, the decision has been welcomed by a number of poker enthusiasts.

John Pappas, director of the Poker Players Alliance, which helped in Dicristina's defense, called the ruling 'a major victory for the game of poker and the millions of Americans who enjoy playing it'.

According to the report, the judge also rejected the government's argument that other illegal gambling games, like sports betting or blackjack, involve an element of skill.

He found that poker is the only example where the expertise required is higher than 50 percent.

"Expert poker players draw on an array of talents, including facility with numbers, knowledge of human psychology, and powers of observation and deception," he wrote.

"Across a series of games, in numbers that would be expected to be played in a local poker establishment, the influence of skill becomes obvious and overwhelming," the report quoted the judge, as saying.