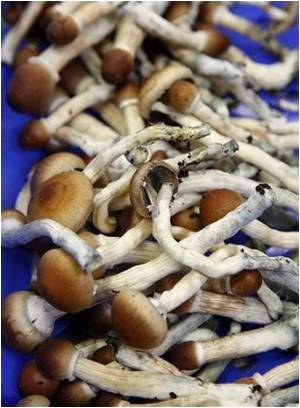 Four people were initially hospitalised after eating the fungi, unaware of its deadly properties, reportedly at a New Year's Eve dinner party in Canberra.

Liver is the largest organ inside the human body. It performs 500 different functions and processes 720 liters of blood per day. The important functions of the liver, the development of liver cancer and it's symptoms are presented in this interactive.
Advertisement

One recovered and was released from a Canberra hospital but the other three were transferred to Sydney's Royal Prince Alfred Hospital (RPA) for treatment.


"Two people at RPA have passed away. The third, however, is still receiving treatment," a spokeswoman for the hospital said Wednesday.

The hospital said it would not be releasing any details about the patients or their treatments out of respect for their privacy, but state media reported that the victims had been awaiting liver transplants.

Research Reveals How Petrol-Eating Mushrooms can Decontaminate Our Planet

Scientists believe will be able to create decontamination units that will successfully attack the most contaminated sites on the planet by using bacteria
Advertisement
It is believed that the deadly poisonous mushrooms were mistaken for an edible fungi known as the Paddy Straw mushroom, which is commonly found in Southeast Asia and considered a delicacy.

All parts of the Death Cap mushroom are poisonous and eating just one of the silky white-to-greenish-brown capped, white-gilled fungi can be fatal.

Eating the mushrooms, an introduced species that grows in southeast Australia, causes vomiting within hours and is potentially fatal within days because the toxin they contain is particularly damaging to the liver.

"So you will eventually go into a liver failure and that's how these individuals would have succumbed to death," director of the New South Wales Poisons Information Centre Dr Naren Gunja told the ABC.

A new study concludes that a commercial processing technology is suitable for boosting the vitamin D content of mushrooms and has no adverse effects on other nutrients in those tasty delicacies.
Advertisement
Advertisement

Are Mushrooms Good or Bad?

Mushrooms are true wonder foods with numerous health benefits. But be warned there are poisonous mushrooms ...

Mushrooms are a connoisseur's gastronomic delight loaded with health benefits. Some kinds of mushrooms belong ...