Pneumonia Will Kill Millions of Kids Unless Funds are Released 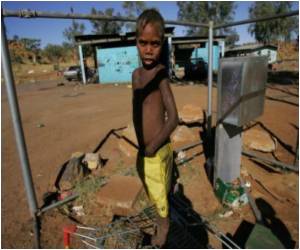 One of the leading charity organizations in the world has expressed fears that unless the richest countries come good on their word and fulfill their pledged contributions to fund immunization programs millions of children will die; a majority of them due to pneumonia.

With a number of western countries suffering a pinch due to the current global recession, Save the Children has revealed that there is a very big possibility that they countries will go back on their word and not provide the much needed funds necessary for immunization programs, especially in poorer countries.

The number of deaths due to preventable diseases such as pneumonia and diarrhoea is over eight million across the world and the number of expected to rise in the near future should the immunization programs be scaled down.


"Just when we are on the brink of a breakthrough against major child killers, the cash is running out. It's not just the new vaccines that are at stake. Millions of children are already missing out on even the most basic immunizations against illnesses like whooping cough and tetanus", the chief executive of Save the Children, Justin Forsyth said.

Legionnaires disease is a severe form of pneumonia caused by a type of bacteria. The infection is likely to ...

ARDS is a lung condition where the patient suffers from sudden breathlessness, low blood oxygen levels and ...