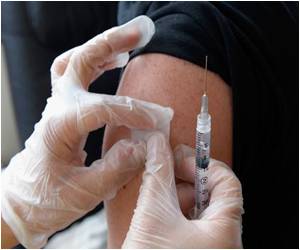 A new study suggests that the risk of death among COPD or pneumonia patients is high among those who were hospitalized over the weekend.
Advertisement

The researchers reached these conclusions by performing a double-blind randomized controlled trial (the Clinical Otitis Media and Pneumonia Study; COMPAS) that enrolled around 23,821 infants living in urban areas of Argentina, Panama, and Colombia. Half of the infants were randomly assigned to receive the 10-valent PCV at 2, 4, and 6 months of age and a booster dose at age 15-18 months, with the remaining half receiving a hepatitis control vaccine at the same intervals. At the end of the study (average follow up 30 months), the number of new cases of likely-bacterial community-acquired pneumonia was 18.2% (95% CI: 4.1%, 30.3%) lower in the per-protocol analysis in those receiving the 10-valent PCV compared to those receiving the control vaccine. The vaccine also led to a 16.1% (95% CI: -1.1%, 30.4%; one-sided p = 0.032) reduction in confirmed acute otitis media, a 67.1% (95% CI: 17.0%, 86.9%) reduction in vaccine serotype acute otitis media, a 65% (95% CI: 11.1%, 86.2%) reduction in any invasive pneumococcal disease, and a 100% (95% CI: 74.3%, 100%) reduction in vaccine serotype invasive pneumococcal disease. Serious adverse events were reported in about one-fifth of children, with a similar number of reports in those receiving the PCV and control vaccine, and were not thought to be attributable to the PCV.


The robustness of these findings may be limited by the withdrawal of 14% of participants from the trial mostly because of adverse media coverage in 2007/2008 due to unfounded rumors of a causal relationship between the vaccine and infant mortality, and by the low number of reported cases of acute otitis media. However, these findings show that this vaccine is efficacious against pneumococcal diseases that often affect young children in Latin America.

The authors say: "Now, children of Latin America and elsewhere in the world can benefit from a vaccine that has demonstrated efficacy against a variety of pneumococcal infections associated with substantial morbidity and mortality".

Research lead Professor Wilhelm Schwaeble explained: I am really excited about this landmark discovery. We demonstrate that boosting the innate immune system can have a significant impact on the body's ability to defend itself against life-threatening infections.
Advertisement
Advertisement

Pneumonia is a lung infection that can be caused by a bacteria or a virus. It causes inflammation of the ...