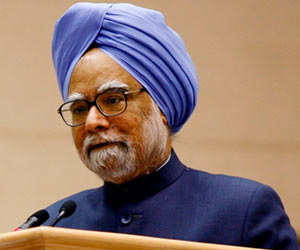 The government's decision to offer free medicine to the people was hailed by the Prime Minister Manmohan Singh, saying that it would surely lighten the expenditure burden on the common man.

India has put in place a 5.4 billion dollars policy to provide free medicine to its people, a decision that could change the lives of hundreds of millions.

From city hospitals to tiny rural clinics, the doctors will soon be able to prescribe free generic drugs to all, vastly expanding access to medicine in a country where public spending on health was just 4.50 dollar per person last year.


The plan was quietly adopted last year but not publicized.

India's new policy, to be implemented by the end of 2012 and rolled out nationwide within two years, is expected to provide 52 percent of the population with free drugs by April 2017, at a cumulative cost of 300 billion rupees.

Medication errors due to drug names that sound similar or appear similar with few examples.
Advertisement
Singh was addressing a gathering after inaugurating the foundation stone for the redevelopment of Lady Hardinge Medical College.

"I am happy to note that free generic drugs will be made available to people through all public hospitals. This will certainly help in reducing the out of pocket expenditure of the poor on health across the country," said Singh.

Under the plan, doctors will be limited to a generics-only drug list and face punishment for prescribing branded medicines, a major disadvantage for pharmaceutical giants in one of the world's fastest-growing drug markets.

Within five years, up to half of India's 1.2 billion people are likely to take advantage of the scheme, the government says. Others are likely to continue visiting private hospitals and clinics, where the scheme will not operate.

The Prime Minister also pointed out that the country needed an increase in nursing and medical colleges due to the lack of human resources in the health sector.

"The availability of trained human resources in the health sector remains a challenge. We need to set up more nursing and medical colleges to increase both undergraduate and postgraduate seats in the 12th Plan," Singh added.

Citing the example of increase in seats in medical colleges in the country, Singh said that 269 new nursing schools have been sanctioned, mostly in remote, inaccessible and under-served districts.

The Prime Minister also complimented the drop in the country's infant mortality rate (IMR). He said that country should take inspiration from the polio eradication campaign to reduce the IMR numbers even more.

Find out the price of drugs. Compare prices of different brand names as the same generic drug can cost more or less depending on the company manufacturing them. Also find out their full prescription information.
Advertisement
<< Coke's "Work It Out" Calculator Helps Consumers To Burn Cal...
Survey Underlines Young Britons Addiction to Internet >>

All drugs are likely to have some side effects. Therapeutic monitoring of drugs is now readily available to make some of the drugs even safer.
Advertisement
News A-Z
A B C D E F G H I J K L M N O P Q R S T U V W X Y Z
What's New on Medindia