A petition was filed on Wednesday before the Delhi High Court seeking uninterrupted supply of HIV testing kits at government hospitals for the benefit of the LGBT community and sex workers.

A division bench of Chief Justice G. Rohini and Justice R.S. Endlaw sought responses from the union health ministry, Delhi government's health department and the National Aids Control Organization (NACO) on the petition which also sought an inquiry into the disruption in supply of testing kits. The high court posted the matter for July 22.

The public interest litigation (PIL) filed by a transgender, Jai Prakash, sought directions for the central and city governments to provide "CD4 testing kits and viral load testing kits" in all the hospitals in Delhi (for common people in general and the lesbian, gay, bisexual and transgender community and sex workers in particular).


The petition contended that there has been a shortage of HIV testing kits at government hospitals here for over a year.

It claimed that the only centre for viral load tests at the Maulana Azad Medical College was not functioning currently "due to non-availability of testing kits".

Apart from catering to patients from the capital, the centre was also responsible for conducting tests for patients from Rajasthan, Uttar Pradesh, Haryana and other states.

As a result, people living with HIV (PLHIV), for whom the first line of treatment was failing, cannot access the next step of the treatment protocol by getting a viral test done to determine whether they require to begin a second line of treatment of anti-retroviral therapy (ART) drugs, said the plea filed through advocate Ambalika Roy.

It also claimed that out of five CD4 machines installed at five centers, only two were functioning at the time of filing of the petition.

The plea said the governments have ignored their responsibility of securing the "right to health" of PLHIV and thereby "failed miserably in protecting the fundamental rights" of these vulnerable citizens.

LGBT Community Organizes Film Festival in Guwahati
The LGBT community in Guwahati, Assam, is organizing a three-day film festival in the city to raise awareness about the community in the north east.
READ MORE 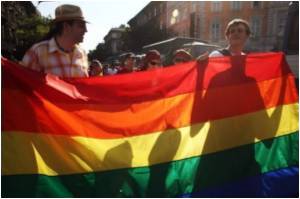 LGBT People Living in Homophobic Societies Die Early: Study
Gays and lesbians living in unfriendly societies had shorter life span and had more chances of dying early due to heart disease or suffering from other health problems.
READ MORE