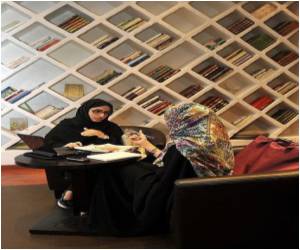 A plan to do away with mixed-sex dorms which has sparked an uproar in the mainly Muslim but staunchly secular country has been defended by Turkey's conservative Prime Minister Recep Tayyip Erdogan.

"We will not allow girls and boys to live together in state-owned student residences," Erdogan told lawmakers from his party.


"Anything can happen when it is mixed. We have received complaints from families who asked us to intervene and it is our duty to intervene," he said.


"The values I hold on to do not allow such a thing," said the Turkish premier.

Erdogan first floated the idea at a closed-door meeting with lawmakers from his ruling Justice and Development Party (AKP) last weekend.

"Female and male students cannot live in the same house," he was quoted as saying by the local media. "That is contrary to our structure, which is conservative-democratic."

Erdogan's remarks sparked outrage on Twitter, where he was accused of contradictory policies.

One tweet, signed by @kanturasoyu, read: "Mr Prime Minister! It's really interesting that you bring up the issue of single-sex dorms as someone who freed adultery in this country."

Another by @delisalvoo, read: "Adultery is free in the country! Conservatives have two wives! Child rape is free! Killing a woman is free! But mixed-gender dorms are banned!"

Erdogan, who has ruled Turkey for more than a decade, is accused of forcing Islamic values on the predominantly Muslim country.

Critics say that his rule has left Turkish society more polarized than ever, with opponents of the AKP government openly voicing concerns that Turkey is sliding toward conservative Islam.

In 2004, the AKP attempted to submit a controversial amendment on banning adultery but had to back down amid criticism from opposition parties and women's groups.

In May, Turkey's parliament where Erdogan's AKP has a comfortable majority passed legislation curbing alcohol sales and advertising, the toughest such measures in the republic's history.

In late September, Erdogan introduced a package of reforms, using the opportunity to lift a long-standing ban on the highly charged headscarf.