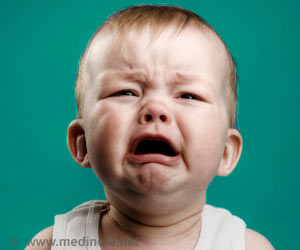 Men recognise gender of the new-born babies based on the pitch of their cries and gender stereotyping in baby boys and girls may start as young as three months, said researchers.

A new study may have modern women up in arms as it tends to strenghthen the gender stereotype that all men are tough and all women are soft.
Advertisement
‘Adults attribute degrees of femininity and masculinity to babies solely based on the pitch of their cries.’

The findings revealed that in spite of no actual difference in pitch between the voices of girls and boys before puberty, the study found that adults make assumptions about the gender of babies based on their cries.


"It is intriguing that gender stereotyping can start as young as three months, with adults attributing degrees of femininity and masculinity to babies solely based on the pitch of their cries," said David Reby from the University of Sussex in Britain.

Women Kept in the Out-Group Due to Gender Stereotypes

A new report says that women have accounted for half the students in U.S. medical schools for nearly two decades.
Advertisement
The team recorded the spontaneous cries of 15 boys and 13 girls who were on average four months old and the participating adults were a mixture of parents and non-parents.

They synthetically altered the pitch of the cries while leaving all other features of the cries unchanged to ensure they could isolate the impact of the pitch alone.

When told the gender of the baby, adults make assumptions about the degree of masculinity or femininity of the baby based on the pitch of the cry.

The results also indicate that men assume that boy babies are in more discomfort than girl babies with the same pitched cry which may indicate that this sort of gender stereotyping is more ingrained in men.

"The research shows that we tend to wrongly attribute what we know about adults - that men have lower pitched voices than women - to babies, when, in fact, the pitch of children's voices does not differ between sexes until puberty," added Nicolas Mathevon from Hunter College in the US in the paper published in the journal BMC Psychology.