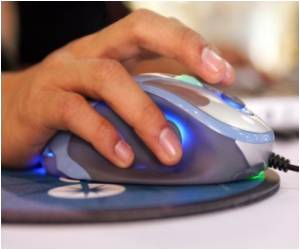 Pinterest one of the fastest growing social sites has increasingly becoming popular among women, says report.

The website, that increased its market share by 68 per cent in January in the UK, has hit 12 million unique visitors in the US, the fastest social network ever to hit the figure.

According to Techcrunch, 97 per cent of Pinterest's one million Facebook likes are from women.


Earlier data from Experian Hitwise put the figure at 58 per cent female in December, driven by the photo-sharing site's focus on arts and crafts, The Daily Mail reports.

While networking is the biggest requisite for finding jobs and business opportunities, a new study has revealed that it sometimes does more harm than good.
Advertisement
The site, which is a 'pinboard' where users share images and links about their interests, was launched in March 2010.the site is described as a visual version of Twitter.

Find a Hospital The Essence of Yoga Hearing Loss Calculator Sanatogen Drug Side Effects Calculator Selfie Addiction Calculator Nutam (400mg) (Piracetam) Blood Pressure Calculator Color Blindness Calculator Blood Donation - Recipients
This site uses cookies to deliver our services.By using our site, you acknowledge that you have read and understand our Cookie Policy, Privacy Policy, and our Terms of Use  Ok, Got it. Close
×