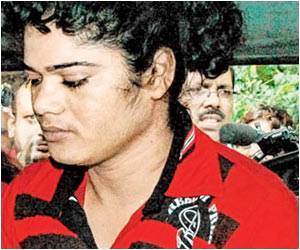 Former gold medalist Pinki Pramanik has once again rejected reports that she is a male and has blamed testosterone injections, given as part of her training, for her masculine features.

Pramanik had been arrested last month after her housemate alleged that she was raped and claimed that the 26-year old was in fact a male.

All hell broke loose for Semenya, the South African athlete when laboratory tests proved that she was more a male than a female.
Advertisement

Pramanik alleged mistreatment from the police and claimed that she was forced to undergo a gender test after she was injected with a sedative.


"I look more male now because, as part of my training to compete in international athletics, I used to be regularly administered testosterone injections. It was called Russian medicine. I was told that it was necessary to take these and I never questioned whether these were legal or not", she said.