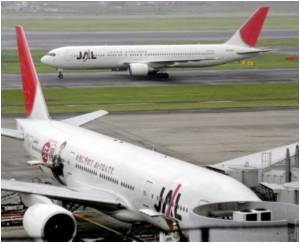 For the first time, a pilot-less plane has successfully flown over British airspace.

The plane, a BAE Jetstream executive craft, travelled 300 miles from Warton, Lancashire to Inverness in Scotland.

In a report filed by The Sun, a ground-based pilot using a computer controlled the plane. Though there were two pilots in the plane for take off and landing, the rest of the journey at 20,000 feet was guided by the expert at Wharton.


The 62 million pound project will undergo further trials over the next five years after the success of this debut trip.

Pakistan International Airlines is Superstitious About 'Unlucky' Number 13
Superstitions regarding the number '13' is prevalent across the world, and the fear of the dreaded ....

'Fat Tax' Rejected by Australian Airlines
Major carriers have rejected calls for overweight passengers to pay a surcharge to fly with ......