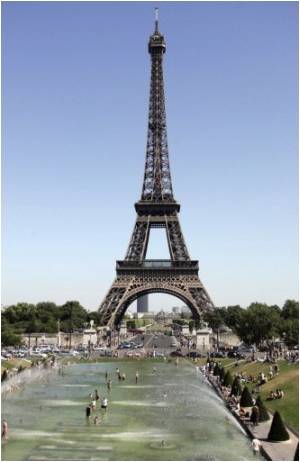 In Paris, an auction house said that a piece of cloth smeared with the blood of Louis XVI, the French king who was beheaded after the 1789 revolution, will go on sale next month.

It is accompanied by a handwritten piece of paper that says: "The precious blood of Louis XVI, 21 January 1793" -- the day he was guillotined in the heart of Paris.


The sale will take place on April 3 at Hotel Drouot, said Coutau Begarie, another auction house which is putting a range of historic items under the hammer.
Advertisement
Parisians had jostled to take souvenirs after the execution including snippets of the monarch's hair. They also dipped their garments or cloth in the pool of blood left near the guillotine.

But expert Cyrille Boulay told AFP that only a DNA test on the sample up for sale could prove if the cloth really contained Louis XVI's blood.

Another item up on sale is a silver buckle from the king's shoe, Coutau Begarie said.

Source: AFP
Advertisement
<< Save Your Marriage With The Help Of A TV Remote With Earbud...
Holy Land Will Soon Receive Playboy Magazine in Hebrew >>

Researchers Make A Comparison Of Prostate Cancer Therapies by Cost and Effectiveness
A team of researchers have reported the most comprehensive retrospective study ever conducted to ......

Parisian Exhibition to Trace Haute Couture History Through 100 Dresses
Paris will be hosting a landmark exhibition on Saturday. ...