A new study has challenged several past studies that suggests that magnetic fields created by phones, high-voltage power lines and other electrical equipment are harmful for humans.

The team from the Manchester Institute of Biotechnology studied the effects of weak magnetic fields (WMFs) on key human proteins, including those crucial for health, and found that they have no detectable impact.


The team looked at how WMFs affected a protein class called flavoproteins, which are key to processes vital for healthy human function, such as the nervous system, DNA repair and the biological clock.


If these proteins go wrong then there are serious knock-on effects for human health, but after subjecting them to WMFs in the lab it became clear that they have no detectable impact.

Co-lead author Alex Jones said that there is still some concern among the public about this potential link, which has been found in some studies into cases of childhood leukaemia, but without any clear mechanism for why.

Jones added that flavoproteins transfer electrons from one place to another and along the path the electrons take, very short lived chemical species known as radical pairs are often created.

Jones continued that biochemical reactions involving radical pairs are considered the most plausible candidates for sensitivity to WMFs, but for them to be so the reaction conditions have to be right and this research suggests that the correct conditions for biochemical effects of WMFs are likely to be rare in human biology.

Co-lead author Nigel Scrutton added that more work on other possible links will need to be done but this study definitely takes us nearer to the point where they can say that power-lines, mobile phones and other similar devices are likely to be safe for humans.

The study is published in the Journal of the Royal Society Interface. 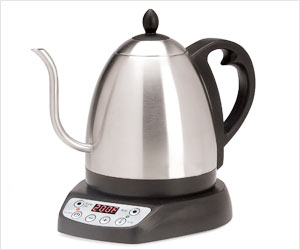 Sensors Transmit Information on Hazardous Chemicals to Smartphone
A new way to wirelessly detect hazardous gases and environmental pollutants, with the use of a simple sensor that can be read by a smartphone has been devised by MIT chemists.
READ MORE

Ebola Tops Yahoo 2014's Most Searched Topic, Searched More Than IPhone
Ebola tops the most searched topic on Yahoo for the year 2014, and is well ahead in number of searches for celebrities and gadgets.
READ MORE

Heavy-Drinking Smokers Find Quitting Cigarettes Tougher, Phone Counseling can Help
Heavy drinkers who smoke have a tougher time quitting cigarettes than smokers who drink moderately or do not consume alcohol at all.
READ MORE