Philippines to Make Subsidized Rice Available to the Poor Alone 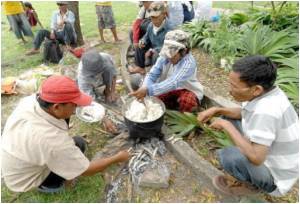 Billy Vallejera, a man with 36 years of warehousing experience behind him, deems sparrows to be the most serious threat to the Philippines' rice granaries. Their sharp, sack-ripping beaks, he says, more than the equal of tiny rice weevils.

"Mice are also a problem, but based on my long experience the birds are more destructive," Vallejera told AFP, detailing the many failed efforts he has made to deter the flying bandits.


But two years after a food crisis that forced the rationing of the staple cereal in Manila's slum neighbourhoods, the government says its own policies rather than pesky birds are to blame for waste and mismanagement.


Roughly a third of the Philippines' 94 million people live on one dollar a day, and food expenses account for more than half of their budgets, according to government data.

For the rest of the world, the Philippines' rice policies are closely watched as the country is the world's biggest importer of the grain.

President Benigno Aquino wants to stop state-subsidised cheap grains from being put directly on the market, arguing the current policy allows the rich to buy artificially cheap rice at the government's expense.

He instead wants to use the money that would have been spent on rice subsidies to distribute the grain directly to the poorest people in the country.

Local grains trading and imports are dominated by the state-run National Food Authority (NFA), which operates large warehouses such as the 7,500-tonne capacity silo managed by Vallejera, which sits beside a Manila slum.

The government agency performs a multitude of roles, including keeping a buffer stock of grains, supporting rice farmers by setting a buying price for their produce, and keeping rice affordable to the poor.

The NFA said it imported 2.4 million tonnes of rice last year, partly as a reaction to the global food crisis in 2008.

NFA spokesman Rex Estoperez said the Philippines expected imports this year to reach 1.8 million tonnes, about the same as in 2008.

Aquino, who took office in June, has asked parliament to halve the NFA budget next year, taking away funds used to subsidise rice prices.

"The 'buy high, store long, sell low' policy of the NFA for local and imported rice has resulted in huge financial losses for the state," Aquino said in a letter to parliament, which called for amending the NFA charter.

A total of 4.2 billion pesos (96 million dollars) in rice price support funds would be transferred to the social welfare ministry, Aquino said, where cheap rice would be offered only to the country's poorest 4.6 million families.

Budget Secretary Florencio Abad said keeping the price of rice low under the current policies amounted to a free lunch for the rich because only a small portion went to the poor.

"Only 16 percent of the poor are able to buy NFA rice. The 84 percent do not need the government's support," Abad added.

The World Bank endorses the change, which would allow for a more pinpoint aid targeting the poor, said Eric Le Borgne, senior economist for the Manila office of the World Bank.

"It costs up to 8.6 pesos for the national government to send one peso to the poor through the NFA," Le Borgne said.

NFA administrator Angelito Banayo, who declined a request from AFP to be interviewed, has criticised Aquino's plan to wind down the NFA rice subsidies.

Aquino's plans are expected to take many months, if not longer, to be implemented as he would have to win parliamentary approval for eliminating the subsidies.

If introduced, the reform is not expected to greatly impact the international rice market, as the total amount being imported would not change, just its distribution.

The NFA is mandated by law to maintain buffer stocks, typically 30 days' worth of total Philippine consumption, to ensure food security. 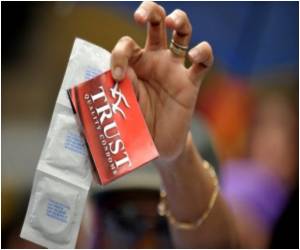 1000 Women Die Due to Unsafe Abortions in the Philippines Annually
A ban on abortion in the Roman Catholic Philippines has caused a human rights crisis, with more than half a million women unsafely terminating their pregnancies each year, a rights group said.
READ MORE

Philippines' Strange Bedfellows are The Poor and the Dead
Living space is at a premium in big cities and the Philippines is no different.
READ MORE 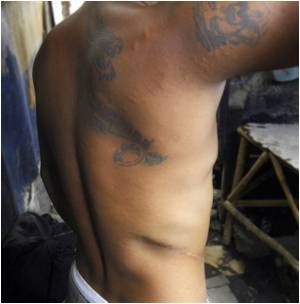 Philippines to Set Up Donor Register to Curb Illegal Organ Trade
The Philippines said Friday it is setting up a nationwide organ donor register in a bid to stop the practice of its poor selling their kidneys to make ends meet.
READ MORE

Despite the Church Ban, Philippine Government Goes Ahead With Imposing Birth Control
The Philippine government will provide contraceptives to poor couples who request it despite strong opposition from the dominant Roman Catholic church, President Benigno Aquino said Monday.
READ MORE