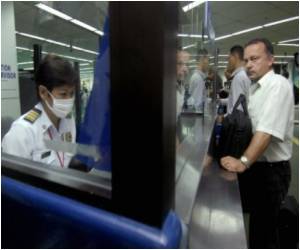 In order to promote medical tourism, the Philippines plans to issue medical tourist visas for foreigners who wish to seek medical treatment or health enhancement procedures.

The medical tourist visas, to be introduced this year, will allow foreigners to stay in the country for six months without having to apply for extensions as regular tourists are required to do, according to the Bureau of Immigration.

"The visa will help the Philippines become competitive in the lucrative medical tourism market in Asia now dominated by Taiwan, Singapore and Thailand among others," immigration bureau deputy head Ronaldo Ledesma told AFP.


The government is banking on its English-speaking and internationally trained doctors among its advantages, as well as medical and surgical costs that are up to 50 percent cheaper than the United States or Europe.

Medical Tourism has become a serious enterprise in India over the last two years. However some hospitals have been practicing it for quite a few years.
Advertisement
"We are blessed with a rich pool of doctors, nurses and other health professionals and we might as well exploit this opportunity to cash in on the medical tourism boom," Ledesma said.

"We are optimistic that once we begin offering this visa, we will have more visitors from Europe and the United States."

The Philippines' health department launched a programme in 2004 to promote medical tourism by encouraging state hospitals and specialised private institutions to compete with medical organisations elsewhere in Asia.