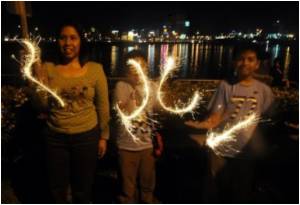 Philanthropy is good way to give back to society by sharing with those who do not have as much.

"Philanthropic money is like manure. It smells if you have too much of it in the bank," said the 40-year-old chief executive officer of the Lien Foundation, one of Singapore's most high-profile philanthropic organisations.

In the latest list of Forbes Asia of 48 Heroes of Philanthropy, women of India have outperformed Indian men in philanthropy, as there are only four Indians, all women.
Advertisement

"Its intended use is to fertilise and support ideas that can improve society, so we should spread it wisely," the earnest, bespectacled promoter of "radical philanthropy" told AFP in an interview.


As Singapore celebrates 45 years of independence this month, it takes pride in its transformation into one of Asia's richest societies, and the idea of sharing wealth is gaining broader support.

$3.8bln From Gates Foundation In 2009 Towards Health And Education

Bill and Melinda Gates Foundation is spending 3.8 bilion dollars in 2009 for Global Health Program devoted to combating 20 diseases.
Advertisement
A report by the Boston Consulting Group in June said Singapore had the highest concentration of US dollar millionaire households in the world, with 11.4 percent of families owning investable assets in seven figures or higher.

This includes foundations established by wealthy families including the Liens, whose patriarch Lien Ying Chow founded the Overseas Union Bank.

Other wealthy Singaporean families who made their fortunes from banking and trading have also set up foundations involved in a wide range of activities.

Even middle-class Singaporeans are getting their hands dirty by doing volunteer work, said Kevin Lee, NVPC director of sector development.

The NVPC's Lee singled out the younger generation for praise.

On weekends, schoolchildren spread out across Singapore to solicit donations for various charities from shoppers and commuters who find it hard to say "no" to the young fund-raisers.

"Youth volunteering in particular has improved the most over the years. At 23 percent, which excludes compulsory community service required by schools, it is significantly above the national volunteerism rate of 16.9 percent."

The Community Chest, a fund-raising organisation that provides social services to the needy, has also seen a rise in donations.

The Lien Foundation has issued funding for groundbreaking projects, from installing floating toilets for Cambodian villagers living on the Tonle Sap Lake to funding a "Quality of Death" index to raise awareness of the welfare of the terminally ill worldwide.

"Fundamentally it's because you get twice the bang for half the buck if you do overseas projects. Money can go so much further if you go to a developing country," Lee said.

"The impact is more transformational compared to the work done in Singapore itself."

But Lee said Singapore, with a population of five million, can do more wealth-sharing on a per capita basis, citing the United States as a benchmark.

"Singapore has the highest proportion of millionaire families in the world ... but if I compare the two countries, Singapore and America, and I normalize the population, the Americans give five times more than Singaporeans," he said.

It seems that Paris Hilton's notorious lifestyle and bizarre antics have cost her the 25 million pound fortune her grandfather had set aside for her.
Advertisement
Advertisement
This site uses cookies to deliver our services.By using our site, you acknowledge that you have read and understand our Cookie Policy, Privacy Policy, and our Terms of Use  Ok, Got it. Close
×