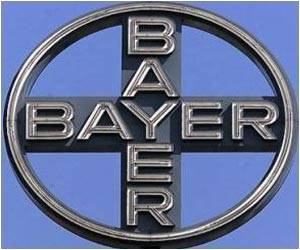 German drugs giant Bayer said Monday it had launched tests into an injectable drug to combat the fat deposits that lead to the dreaded "double chin."

Bayer said in a statement it was conducting clinical trials into ATX-101, an injectable drug "for the reduction of localised fat under the chin (submental fat)."

The firm is testing some 720 people in 64 centres in Britain, France, Germany, Belgium, Spain and Italy with a view to launching a product in Europe, Asia and South America in 2014.


Jean-Paul Ortonne, a French dermatologist involved in the trials, said: "There is a huge demand for a safe, effective and approved injectable treatment for localised fat reduction."

Anti-Obesity Day is observed all over India on November 26th, 2010. The initiative seeks to spread the word about the dangers of obesity and the steps to take to knock off fat and stay fit.
Advertisement
The tests are a step towards "a well-studied, clinically-proven treatment to reduce localised submental fat without surgery," he added.

Yvonne Moeller, a Bayer spokeswoman, described the procedure as "something like a tattoo."

Between 40 and 70 tiny injections are administered into the fat cells over several sessions, with the amount depending on the size of the double chin and the person, she told AFP.

"You would hope to see noticeable results after about 16 weeks," she added.