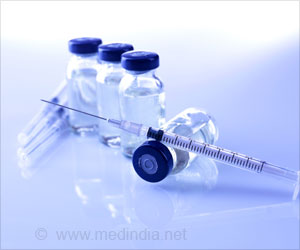 Chinese health experts have called on Norway and other countries to suspend the use of Pfizer's mRNA-based Covid-19 vaccine. The reason for the deaths of 23 elderly Norwegian people was due to the uncertainties of safety of the vaccine.

According to a Chinese immunologist, the new mRNA vaccine was developed in haste and had never been used on a large scale for the prevention of infectious disease, and its safety had not been confirmed for large-scale use in humans.

As of Thursday, Norway has reported 23 deaths in connection with the vaccination, Global Times reported on Friday.


"So far, 13 of these have been assessed. Common side effects may have contributed to a severe course in frail elderly people," the Norwegian Medicines Agency said on its website.
Advertisement
All the deaths have occurred in frail, elderly patients in nursing homes. All are over 80 years old and some of them over 90, Norwegian media NRK reported.

Two Covid-19 vaccines, Comirnaty, from BioNTec/Pfizer, and Moderna, are used in Norway. The vaccines have been developed on mRNA technology and have received temporary approval in the EU, according to the agency.

Norway launched a mass vaccination campaign at the end of December, with the very oldest citizens and residents of nursing homes being offered vaccination first, including those over the age of 85.

The Norwegian Medicines Agency admitted that the studies that form the basis for the temporary approval of the vaccine included very few people over the age of 85, and there is little known about how any side effects will affect these age brackets, but it said, "we assume that the side-effects will largely be the same in the elderly as in those over 65 years of age."

Chinese experts said the death incident should be assessed cautiously to understand whether the death was caused by vaccines or other pre-existing conditions of these individuals.

Wearing Mask may Itself Lead to Contract COVID-19 Infection
Wearing a mask has become a mandatory action to slow the spread of surging COVID-19. But if it's ......

Almost 480,000 Kids Infected With COVID-19
Nearly 480,000 children in the US have been infected with the novel coronavirus since the pandemic ....

Green Fungus
Green fungus or Aspergillosis is caused by a common mold, which exists both indoors and outdoors. Ev...

Post-COVID Syndrome
Post-COVID complications are the conditions that develop weeks after recovering from COVID-19...