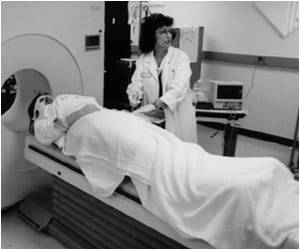 Imaging with 18F-FDG positron emission tomography/computed tomography (PET/CT) can assess Tuberculosis (TB) at a molecular level accurately, identifying diseased areas and guiding treatment for patients, according to a study presented at the society of nuclear medicine and molecular imaging's 2019 annual meeting.

According to the World Health Association,TB is one of the top 10 causes of death worldwide. Although the disease is curable and preventable, in areas with high rates of TB, it contributes to significant morbidity, mortality and an increased risk of transmission from infected individuals.

PET scan helps in the diagnosis of conditions like cancer, heart disease and brain disorders. PET images reveal the functioning of the organs like blood and oxygen flow and metabolic changes.
Advertisement
‘TB patients could benefit from PET/CT scan which provides the whole-body survey and identify various disease sites. This helps to provide an early assessment of disease extent which in turn helps to provide early management.’
Read More..
Tweet it Now


TB most frequently involves the lungs; however involvement of tissues and organs other than the lungs is referred to as extra-pulmonary tuberculosis.


"Extra-pulmonary tuberculosis presents a particular challenge as the disease site is often not accessible for performing an invasive diagnosis. The physician thus relies on the clinical diagnosis for initiating treatment as well as deciding the duration of therapy, which can be difficult," said Bhagwant R. Mittal, MD, DNB, professor and department head of nuclear medicine at the Postgraduate Institute of Medical Education and Research in Chandigarh, India. "In our study, we aimed to evaluate the utility of 18F-FDG PET/CT in the initial diagnosis and response assessment of patients with extra-pulmonary tuberculosis."
Advertisement
Ninety-three patients with extra-pulmonary TB were prospectively enrolled in the study prior to the initiation of treatment. The patients underwent 18F-FDG PET/CT imaging as a baseline, and then received follow-up imaging after two months and after treatment completion. Follow-up scans were categorized into three groups: complete metabolic response (no abnormal lesions), residual disease (persistent lesions, but no new lesions) and disease progression (new lesions compared to the baseline scan).

In the baseline scans, 176 lesion sites were detected among the 93 study participants. The most common sites included the lymph nodes and central nervous system. Two month follow-up scans were performed on 47 patients, and 21.2 percent were classified as having complete metabolic response, 72.3 percent had residual disease and 6.4 percent were characterized as having disease progression.

A final scan was conducted post-treatment and, of the 28 patients imaged, 28.6 percent had complete metabolic response, 53.6 percent of patients showed residual disease and 17.8 percent had disease progression. During the course of the study, 12.9 percent of patients died. Of these deaths, the patients who fell in the disease progression category had the highest mortality rate--60 percent.

"This study has the potential to change the way we manage tuberculosis patients. Our results show that 18F-FDG PET/CT provides a whole-body survey and identifies the disease sites in various organs and tissues in a single study. This helps to provide an early estimation of disease extent, and in suspected cases, helps to identify accessible biopsy sites for obtaining tissue diagnosis," Mittal said. "Further, follow-up scans can point towards response to treatment and thus suggest predict a more accurate outcome."