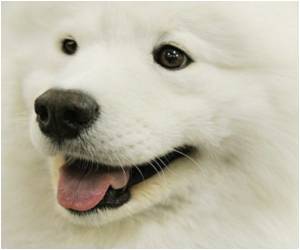 A new study has found that kids with dog allergies are less likely to develop eczema by age four if they own a dog.

However, cat ownership may increase the risk among children with cat allergies.

Eczema is an inflammation of the skin and itching is the dominant symptom, which can be severe. You can now treat eczema at home with some natural remedies. Here are some simple tips to follow at home that help prevent eczema.
Advertisement

Tolly Epstein and colleagues of the University of Cincinnati and Cincinnati Children's Hospital Medical Center gathered data from 636 children enrolled in the Cincinnati Childhood Allergy and Air Pollution Study (CCAAPS).


The researchers focused on several potential risk factors for developing eczema, including dog and cat ownership.

The children were tested for 17 separate allergies on a yearly basis from ages one through four years, and the parents completed yearly surveys.

An allergy is a hypersensitive disorder of immune system. Substances that often cause allergic reactions are pollen, dust mites, mold spores, pet dander, food, insect stings and medicines.
Advertisement
The researchers found that children who tested positive for dog allergies were less likely to develop eczema by age 4 years if they owned a dog before age 1 year.

"Children with dog allergies who did not own dogs were 4 times more likely to develop eczema," said Epstein.

Unlike dog ownership, cat ownership seemed to have a negative effect on children with cat allergies.

"Children who owned a cat before age one year and were allergic to cats based on a skin allergy test were 13 times more likely to develop eczema by age 4 years," Epstein explained.

She noted, however, that children who were not allergic to cats were not at an increased risk for eczema if they owned a cat.

The study was published in the Journal of Paediatrics.

Bath Oils And Lotions Blamed for Rise in Eczema in Newborns

The modern-day bath oils and lotions are not good for a child's skin-as they are apparently a reason for the increase in the number of newborns having eczema.
Advertisement
<< Faith in God Prolongs Life After Liver Transplantation
Screening Athletes for "Silent" Heart Problems Would Save L... >>