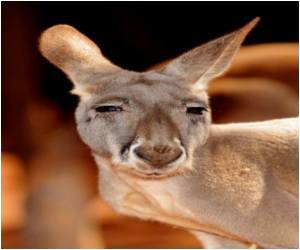 Governemnt officials in Peru have announced their approval to import kangaroo meat from Australia.

A notice published in a registry of new government rules and laws gave notice that the federal health officials have "authorized the import of meat from kangaroos born and raised in Australia."

People in rich countries should limit their meat-eating to the equivalent of one hamburger per person per day to help stave off global warming, a study published by the Lancet on Thursday suggests.
Advertisement

Only kangaroo meat raised for the express purpose of being used for human consumption will be allowed for import.


Excluded are kangaroos killed as part of an eradication program or which died as a result of disease. Also off limits are animals coming from quarantined areas of Australia.
Advertisement
Kangaroo is a red meat very similar in appearance to tenderloin that might come from ox. It is seen as a low-fat alternative to beef.

Despite being Australia's national symbol, millions of kangaroos are slaughtered in the wild each year to control their numbers and much of that meat is used for pet food.

The idea of farming them for human consumption is controversial, but many health-conscious Australians already eat kangaroo meat.