Personalized Medicine is a Combination of Complex Interactions 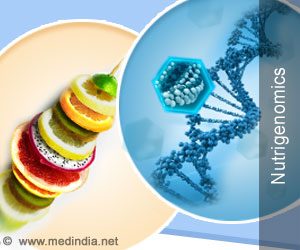 Methods of molecular analysis, especially genetic sequencing and transcription, are used in personalized medicine, in order to simultaneously identify genetic mutations, to evaluate each individual's risk of contracting a given disease.

It seems that there is more than a single mechanism at hand, as proven by the work of a team of geneticists at the University of Geneva's (UNIGE) Faculty of Medicine, and the Swiss Institute for Bioinformatics (SIB). They have sequenced the RNA of 400 pairs of twins; with this information, they can quantify the roles of both genetic and environmental context on the expression of genes. They concluded that establishing the list of mutations present in a person's genome is not sufficient to predict that person's future health.
Advertisement

The study can be found in the latest online edition of Nature Genetics. What influence does the environment have on genes activity? How do certain types of mutations interact with one another in a single individual? These are the complex interactions that Emmanouil Dermitzakis, Louis-Jeantet Professor in the Department of Genetic Medicine and Development at the UNIGE's Faculty of Medicine, and his team have sought to understand, working together with scientists from Kings College London and the Wellcome Trust Sanger Institute. Although we know that carriers of the same mutation do not necessarily both develop the same disease, how much of this discrepancy is due to genetics and how much is environmental remains unclear. Understanding how a mutation behaves when confronted with another mutation, on the one hand, and assessing the person's environmental context, on the other, forms the basis of the complex challenge of true personalized medicine.


Twins that are similar, but not identical In Geneva, the scientists sequenced the RNA of 400 pairs of monozygotic and dizygotic twins and combined this information with genetic variations that had already been identified in these subjects. In this large sample, they identified a significant series of mutations that controlled gene expression. The researchers discovered that the influence that purely genetic (between genes) and environmental interactions (between a gene and the environment) had on gene expression were both substantial. They conclude that genetic or environmental context contributes significantly to the way in which a person's genetic composition is expressed, as well as to their risk of developing certain diseases.
Advertisement
The researchers used the differences between monozygotic twins, whose genomes are identical, to identify mutations that interact with the environment. Dizygotic twins, who only share half of their genome, but who were raised in the same environment, allowed researchers to separate purely genetic effects from effects caused by the similar environmental context in which the twins were raised. "We have discovered that the genetic and environmental contexts of a mutation have a much greater influence on its expression in a given individual than we previously thought," emphasized Dr Alfonso Buil, lead author of this study. "Understanding the architecture of genetic expression constitutes an essential step in understanding the genetic bases of complex diseases," he adds.

Focusing Personalized Medicine on Context Establishing the list of mutations present in a person's genome is therefore not enough to be able to predict that person's future health. In fact, in many cases, it is impossible to measure the effects of genetic mutations in an isolated way, without taking into account the context, meaning the rest of the genome as well as the environment, both of which modify the effect this mutation has on the person's health, and therefore the risk of developing a given disease. "We can make the following analogy: until now, the approach has been like trying to understand a book by reading each sentence in a random order", explained Prof. Emmanouil Dermitzakis senior author of the study. "If personalized medicine really wants to be effective, we absolutely need more studies in order to understand these mechanisms much more precisely. The methodology we propose clearly shows that not only are these elements crucial for understanding individual gene expression, but it also shows that analysis at the level of the individual is possible," he concludes.

Use of Stem Cells in Personalized Medicine
Stem cell therapy, a leading topic of interest among the budding scientists. These cells play a ......

Personalized Ovarian Cancer Vaccines Take a Step Closer to Reality
A new method that can help in the development of personalized vaccines to treat patients with ......

Personalized Nutrition: The New Wave of Nutrigenomics
The science of nutrigenomics studies the relationship of genes with dietary nutrients and their ......

Wearable Tech for Personalized Health Alerts on the Anvil
A wearable technology that would help troops and civilians to get personalized health alerts is ......