Perpignan Festival of Photojournalism To Be Dominated By Syria 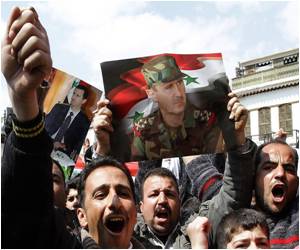 The dominant theme of the 24th Festival of Photojournalism will be the conflict in Syria and its daily stream of violence.

Organisers have honoured the memory of Remi Ochlik, the French photo-journalist who was killed on assignment in Syria in February, by naming an annual prize awarded to a young journalist in his memory.

Conflicts of Interest Levels Among Expert Panels Cause Widespread Concern

This year, the City of Perpignan Remi Ochlik award will be given to Brazil-based Spanish photographer Sebastian Liste for his work on the inhabitants of an abandoned chocolate factory in Salvador de Bahia.


This year's prize to a female photojournalist is to be awarded to France's Sarah Caron for a project on Pashtun women in Pakistan, which will be displayed at next year's festival.

Moral imagination is a must for workers who wish to overcome the stigmas of ethical conflicts.
Advertisement
This year's edition includes several retrospectives: 20 years since the start of the war in Bosnia, a history of Syria from 1920 to the present day, 50 years of Algerian independence and the 100th anniversary of the sinking of the Titanic.

AFP will have two collections on display: one by Pulitzer prize winning Afghan photographer Massoud Hossaini and one on the impact of the financial crisis on the Greek people featuring the work of Louisa Gouliamaki, Angelos Tzortzinis and Aris Messinis.

Christmas Feast, Its always Grand with Cake and Wine
News Archive
News Resource
Advertisement
News Category
Beauty Regime for All Skin Types Tale of Love Hormones Shaping our Responses to Society How to Reduce Needle Anxiety in Children? Tobacco Addiction: Here's How to Break the Habit Parents are 'Winging It' on Their Kids' Mobile Use
More News
Sign up for Wellness Consult a Doctor Sign up for Selfcare