Permitting Beer, Wine Is A Gateway to Hard Liquor Consumption

The Supreme Court expressed its concern over the rampant issuance of licence in Kerala for the sale of beer and wine, saying that permitting their consumption is a gateway to the consumption of hard liquor.

Taking exception to issuance of such licences without any justification, a bench of Justice Vikramajit Sen and Justice Shiva Kirti Singh, which upheld Kerala's liquor policy restricting service of liquor at bars in five star hotels only, said: "We must immediately record our reservation inasmuch as FL-11 licences for the sale of consumption of beer and wine are rampantly issued."


"If the addiction to alcohol or introduction into this pernicious habit is to be combated, there seems to us to be no justification to allow beer or wine to be publicly consumed. There cannot be any caveat to the opinion that permitting the consumption of beer and wine is a gateway to the consumption of hard liquor, and indeed is a social malaise in itself," the court said.


‘If alcohol addiction or introduction into this pernicious habit is to be combated, there seems to be no justification to allow beer or wine to be publicly consumed.’


It said the unregulated permission to consume beer and wine throughout the state by freely granting FL-11 licenses also "is extremely difficult to appreciate" and described as "misplaced" the Kerala government's argument that "allowing public consumption of liquor of a lower alcohol content is acceptable" as this is less likely to lead to intoxication or addiction and less harmful to the consumer's health.

"This assessment may be misplaced. If the sale of beer and wine as a consequence of grant of FL-11 licenses discloses an increase or if there is a trend towards serving beer of a higher alcohol content, the state will have to review its stand," the court said, adding the warning also applies to any laxity in policing or ensuring that no person below the permissible age is allowed to consume alcohol in public. 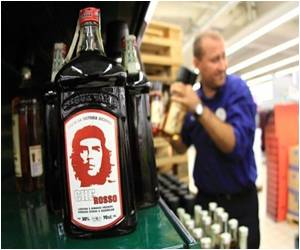 Toxic Liquor Claims 18 Lives In Pakistan
At least 18 people, including two policemen, have died and six others were hospitalised after drinking toxic liquor in Pakistan's Karachi city during Eid.
READ MORE

Kerala Witnesses Increase In Drug Abuse Cases Post Closure Of Liquor Bars In The State
In 2013, the total number of drug cases registered were 974, whereas the year 2014 alone registered 2233 drug cases after the closure of bars in the state.
READ MORE

Chinese Businessman Arrested for Selling Viagra Liquor
Chinese authorities have confirmed that they have arrested a businessman who was selling 'Viagra liquor'.
READ MORE