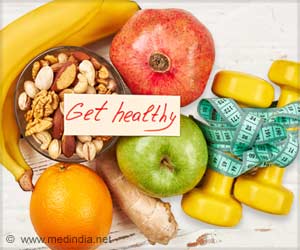 Eating Fasting-mimicking diet (FMD) alters the gut microbiota in a manner that decreases inflammatory bowel disease (IBD) pathology, reports a new study. The findings of the study are published in the journal Cell Reports.

Dietary modifications are frequently used to treat inflammatory bowel diseases (IBDs). In new research in mice, researchers from the University of Southern California have shown that one strategy, known as the fasting-mimicking diet (FMD), changes the gut microbiota in a manner that reduces IBD pathology.

The FMD involves eating only vegan, plant-based foods over a period of several days to trick the body into entering a period of fasting. In mice, the FMD has previously been shown to play a role in reducing the symptoms of several chronic illnesses, like multiple sclerosis and diabetes.

In contrast, the water-only fasting increased regenerative and reduced inflammatory markers but did not reverse IBD pathology.

"In both groups of mice, we saw markers of regeneration in the gut," says lead author Valter Longo, Ph.D., Edna M. Jones Professor of Gerontology and Professor of Biological Sciences at USC. "But looking at the length of the colon of the small intestine and inflammation, only the FMD brings them back to better health while the water-only fasting does not."

Many of the ingredients in the diet are known to foster the growth of certain bacterial populations as pre-biotics. "Because of its content, this diet is facilitating changes in the microbiota, including repopulation or major changes in the population of Lactobacillus," says Longo.

In this study, the researchers found that transplants of Lactobacillus or fecal microbiota from DSS- and FMD-treated mice, reversed DSS-induced colon shortening, reduced inflammation, and increased colonic stem cells.

"Together with the FMD, we think that Lactobacillus reseeding is really responsible for many of these effects," says Longo. He concludes that the contents of the FMD, along with the fasting protocol, allowed the mice gut microbiota to repopulate bacterial populations like Lactobacillus that are responsible for achieving part of the improved IBD pathology effects.

The mice received the same FMD diet as the team has given to human study subjects in other trials. "You wouldn't think mice would have that much Lactobacillus, but they were given a human diet, so it seems to promote the growth of bacteria normally associated with a healthy human vegan diet," Longo explains.

Looking ahead the researchers are finalizing the protocol for a randomized clinical trial of a modified FMD in humans to see if the microbiota changes and produces any effects on IBD pathology.

Ulcerative Colitis
Ulcerative colitis is characterized by bouts of diarrhea, bleeding per rectum and pain, which remits...