Performance of Some UK Personal Use Breathalyzers Varies Considerably 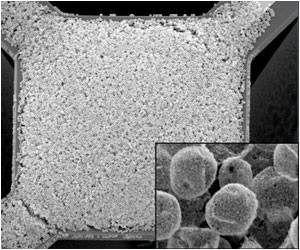 The findings call into question the regulatory process for approving these sorts of devices for personal use, say the researchers, particularly as false reassurance about a person's safety to drive could have potentially catastrophic consequences.


The researchers compared the diagnostic accuracy (sensitivity) of three personal use breathalysers to detect alcohol levels at or over the UK legal limit in 208 adults, who were drinking in college bars and pubs in the centre of Oxford, England, in late 2012 and early 2013.


At least 20 minutes after drinking, participants were asked to test the single use Alcosense Single (100 people) or the comparable Dräger Alco-check (108 people), as well as the digital multi-use Alcosense Elite, one minute apart, in random order.

These devices are widely available in leading pharmacies and other major retailers, as well as online.

The readings from the three devices were compared with those obtained from a Dräger Alcotest 6510 device, which is used by the police to check drivers' legal alcohol limits at the roadside.

The legal limit for driving in the UK is 35 ug/100 ml of breath alcohol, and almost one in five (18%; 35) of those tested were at or over this limit, when the police breathalyser was used.

But even a sensitivity of 95% means that around 1 in 20 people over the legal driving limit for alcohol would be falsely reassured, say the authors: "We question whether even this would be sufficient sensitivity to assess safety to drive," they write.

And the Alcosense Single had an even lower sensitivity of only 26%, compared with the police breathalyser, meaning that the device would pick up only around one in four people over the legal limit, shortly after drinking.

And when participants, rather than the researchers, interpreted the results of this device, the sensitivity fell further to 17%.

The researchers acknowledge that the study has limitations. For example, the manufacturers of the Alcosense Elite stipulate that it should be used 30 minutes after drinking, when it was used 20 minutes afterwards in this study, so this may have affected the results for this breathalyser.

And the profile of the drinkers in the study may not be typical of those who are likely to buy breathalysers for personal use, they add. Similarly, the researchers didn't test the accuracy of the devices when used the day after drinking.

But they say: "Our research suggests that at least some personal breathalysers available for sale to the public are not always sufficiently sensitive to test safety to drive after drinking alcohol, where use of inaccurate information from breathalysers, thought to be accurate, could have catastrophic safety implications for drivers."

They add: "The fact that these devices are sold in well-established pharmacies, including national chains, does not guarantee sufficient accuracy for safe use."

Furthermore, regulatory approval, signified by the CE or NF markings, doesn't appear to have anything to do with accuracy, raising wider questions about how these markings may be perceived by consumers, they point out.

"Our research raises worrying questions about the level of scrutiny that medical tests intended for sale to the public undergo in Europe, and raises wider concerns about how diagnostic accuracy, in particular, is evaluated," they conclude.

A Painless Outcome Offered To Diabetics By New Breathalyzers
A breathalyzer that may help control blood sugar by measuring the amount of acetone in the breath was developed by researchers.
READ MORE

Healthy and Vibrant, Non-alcoholic Morning Disco in London
26-year-old Nathaniel Hone joins hundreds of revelers at a dance party fuelled only by coffee and smoothies, at dawn, before commuting to his job in London's business district of Canary Wharf.
READ MORE

Brain's Immune Cells May Promise New Treatment for Epilepsy Professional Rugby Linked to Changes in Brain Structure Top Three Most Prevalent Non-communicable Diseases (NCDs) Identified Here's How Good Cholesterol can Save Your Liver Glutamate and GABA: What Could These Neurotransmitters Say About Your Math Abilities?
More News