The 10th Perfect Health Parade was flagged off by The Chairman of the Commonwealth Games Organising Committee (CGOC), Suresh Kalmadi.

The parade concentrated on sensitizing doctors about traveler-related sicknesses and their prevention and cure.

"At least one lakh people will come for Commonwealth games and their health must be looked after so I am very happy that doctors have taken the lead," Kalmadi said. We have also agreed to take quite a few of the widows in the volunteer programmes of Games so that all sections of the society should be part of the Games. Without the citizens' involvement we can't have great games," he added.


He also believes that the successful staging of the Commonwealth Games is vital since this would strengthen the prospects for India to host the Olympics.

The parade rolled out a special tableau and mascot of the Games on a vehicle with northeastern folk songs and dances.

The Commonwealth Games 2010 are scheduled to be held here between October 3 and October 14.

The games will be the largest multi-sport event conducted to date in India, which had previously hosted the Asian Games in 1951 and 1982. It will also be the second time that the event will be held in Asia after 1998 in Kuala Lumpur, Malaysia.

Clean-Up Of Beggars For India's 2010 Commonwealth Games
India plans to round up beggars to shield foreigners from New Delhi's rampant poverty during the Commonwealth Games, seen as a showcase of the country's emerging economic might.
READ MORE

Workers at Commonwealth Games Village Down With Meningitis
Several construction labourers at a site for the 2010 Commonwealth Games in New Delhi have been hit by meningitis, a doctor said Tuesday, amid reports that the disease had created panic.
READ MORE

Ramadoss Vows Commitment for 'tobacco Free India'
Union Health Minister Dr. Anbumani Ramadoss today reiterated that India should not only be smoke free, but it should be comprehensively tobacco free.
READ MORE 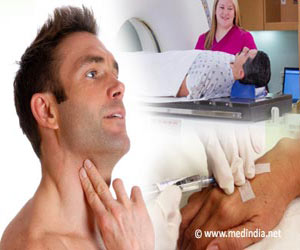 Top 10 Steps to a Perfect Self-Diagnosis
Your body has a warning system that acts like a doctor. It functions 24*7 and acts like your own personal doctor. It is time to get it out and let it speak for itself.
READ MORE