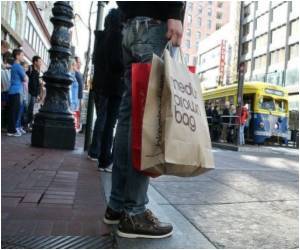 People whose last name start with late-alphabet letter react more quickly to opportunities to buy something than those whose surname starts with an early-alphabet letter, according to a study.

But the trait is apparent only in relation to childhood last names, not for adult surnames, leading the authors of the study to hypothesize that it could be a reaction to the ordered world of childhood, in which Zs tend to go last and sit in the back row at school while As get first choice and front-row seats.

It's a common phenomenon to meet someone familiar on the streets but not being able to remember their name - Now, a new study has found a way to improve the recall of proper names.
Advertisement

Researchers from Georgetown University's McDonough School of Business and Massey Graduate School of Business in Nashville put limited-time or -quantity offers to several groups of graduate students, and found that the later in the alphabet the person's last name, the quicker they were to buy.


"People with childhood last names late in the alphabet queue up faster to get something they value," Kurt Carlson of the McDonough School of Business, one of the authors of the study, told AFP.

The reason why kids confuse letters such as 'b' with 'd' - mirror images - while learning how to write has been revealed in a new study.
Advertisement
Carlson and co-author Jacqueline Conard believe that's because late-alphabet children "develop response tendencies to manage the inequities that arise from the use of last names to order their environment," they say in the study published in the January edition of the Journal of Consumer Research.

"Late alphabet consumers want to make sure they?re the first in line. Children late in the alphabet will move quickly when last name isn?t a factor," such as when they are grown-up, says the study.

That rapid response means that late alphabet consumers "many times end up getting things that other people don't get when there are limited supplies," Carlson said.

On the other side of the coin, people with last names early in the alphabet "will be so accustomed to being first that individual opportunities to make a purchase won?t matter very much; they will ?buy late,?" the two researchers say.

In the queues that form outside large department stores before big sales or outside cinemas before the latest Harry Potter film, "you can expect that there would be fewer people early in the alphabet and more people later in the alphabet," said Carlson.

The last name effect could be useful for marketers and other people who are selling something, says the study.

Marketers can easily obtain lists of names for mailshots, or target everyone on Facebook whose name starts with a letter at the tail-end of the alphabet to better sell a limited-time offer or product.

The end of the alphabet was considered any letter from R to Z.

People with late-alphabet names responded to offers put to them in the study -- involving everything from wine to money to free tickets to a basketball game or a cheap backpack -- about one hour faster than those with names near the front of the alphabet.

Britain's Favourite Baby Names in 2010 Were Oliver and Olivia

It has emerged that Oliver and Olivia became the most popular names for kids in UK in 2010.
Advertisement
<< Urine-sniffing Dogs Can Help Detect Prostate Cancer Early
Cancer Drug Fails in Trial >>

Research Unravels the Neurological Process Behind Alphabet and Number Recognition