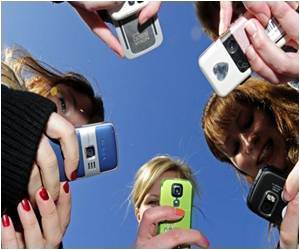 People in Beijing has been cautioned against using Wi-Fi in public places, like coffee shops and libraries, and take care of their personal information as their computers could be hacked.

A researcher at an institute affiliated with the Chinese Academy of Sciences said it was easy for a hacker to create a Wi-Fi network in public places, and anyone who gets connected with the hacker's network risks having their information stolen.

Internet dating may just be what cupid ordered in the age of the internet! Internet dating is here to stay - for the dull and the delirious, the young and the old, for the married and the single.
Advertisement

A man named Zhao who often went to a well-known coffee shop chain, said he stopped going online there.


"I seldom use Wi-Fi in public places as nowadays there are too many hackers and loopholes in internet," he was quoted as saying by the China Daily.

Importance of Internet for Pregnant Women With Type 1 Diabetes

The use of internet by pregnant women with type 1 diabetes is on the increase. Internet can provide quality information besides support from health professionals.
Advertisement
Others seemed less concerned about the risk.

Noelle Herring from California who is currently studying in China said she always uses Wi-Fi through a laptop or mobile phone in public places.

"What's the big deal? The worst thing that could happen to me is that I lose my credit number and password to hackers. Even then I am not too worried, as I have insurance for my credit card," she said.

Another woman, a sales manager surnamed Ding, said she only checks news and e-mail in public places, and would check financial accounts at home.

She said "hackers have targets" -- people in "senior positions who have business secrets".

Yu Guofu, a lawyer specializing in internet cases, said hackers who set up fake wireless networks faced up to seven years in prison if caught.