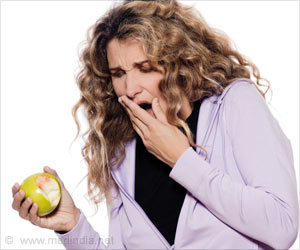 A popular belief on dental hygiene dating back to more than 100 years has been busted by a new study that revealed that Americans do not have better teeth than the English.

A new light-hearted study published in the Journal BMJ has analyzed the dental hygiene between people aged above 25 in America and England. A team of researchers from the University College London and Harvard University analyzed data from two surveys namely Adult Dental Health Survey 2009 for England, and the US National Health and Nutrition Examination Survey 2005-08.

A new study assessed just how widespread dental problems are among pro footballers in England. They may make huge amounts of money, but little of it seems to go to dental care.
Advertisement
‘The oral health of US citizens is not better than the English and there are consistently wider educational and income oral health inequalities in the US compared with England. ’

Researchers found that the average number of missing teeth was significantly higher in the US (7.31) than in England (6.97), and people were more likely to suffer poor dental health because of socio-economic factors if they lived in the US.


"There is a longstanding belief in the United States that the British have terrible teeth, much worse than US citizens. This view dates back at least 100 years, with toothpaste adverts extolling the virtues of American smiles," said lead author Dr. Richard Watt, Professor of Dental Public Health, Department of Epidemiology and Public Health, at UCL.

Diet Soft Drinks are Bad for Your Dental Health

Scientists have found that acids in sugar-free drinks, lollies and other "sugar-free" treats are attacking our teeth just as aggressively as sugar.
Advertisement
They added, "But in conclusion we have shown that the oral health of Americans is not better than the English, and there are consistently wider educational and income related oral health inequalities in the US compared with England."

Get Rid of the Traditional Fill and Drill Technique for Dental Caries!