People Stereotype Others in Messy Surroundings 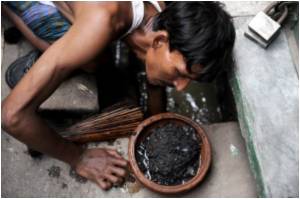 When encountering a disorderly environment, people are more likely to stereotype others, a study has found.

Diederik Stapel and Siegwart Lindenberg, social scientists at Tilburg University in the Netherlands, asked subjects in messy or orderly everyday environments (a street and a railway station) to complete questionnaires that probed their judgements about certain social groups.

Personality is to a man what perfume is to a flower. Understanding different personalities types example - introvert or extrovert; Type A or Type B personality.
Advertisement

They found small but significant and systematic differences in the responses: there was more stereotyping in the disorderly areas than the clean ones.


Lindenberg and his co-workers tested the hypothesis in 2008 with a study in Dutch urban settings; their findings suggested that surroundings do have an influence on people's readiness to act unlawfully or antisocially.

Role Models for the Young

A role model is one who has the ability to influence lives, values and lifestyles. The media sends confusing signals to the young on role model behavior.
Advertisement
But could evidence of social decay, even at the mild level of littering, also affect our unconscious discriminatory attitudes towards other people?

To test that possibility, Stapel and Lindenberg devised a variety of disorderly environments in which to test people's mind-sets.

In one experiment, passers-by in the busy Utrecht railway station were asked to sit in a row of chairs and answer a questionnaire for the reward of a chocolate bar or an apple.

The researchers took advantage of a cleaners' strike that had left the station dirty and litter-strewn to create their messy environment; they returned to do the same testing once the strike was over and the station was clean.

In the questionnaires, participants were asked to rate how much certain social groups - Muslims, homosexuals and Dutch people - conformed to qualities that formed part of positive and negative stereotypes, as well as qualities unrelated to stereotypes.

For example, the "positive" stereotypes for homosexuals were (creative, sweet), the "negative" were (strange, feminine) and the neutral terms were (impatient, intelligent).

As well as probing these responses, the experiment examined unconscious negative responses to race.

All the subjects were white, but when they were asked to sit down, a black or white Dutch person already occupied one chair at the end of the row.

In the messy station, people sat on average further from the black person than the white one, whereas in the clean station there was no statistical difference.

Stapel and Lindenberg say that stereotyping may be an attempt to mentally compensate for mess: "a way to cope with chaos, a mental cleaning device" that partitions other people neatly into predefined categories.

Robert Sampson, a sociologist at Harvard University in Cambridge, Massachusetts, says that the study is "clever and well done", but is cautious about how to interpret the results.

"Disorder is not necessarily chaotic, and is subject to different social meanings in ongoing or non-manipulated environments," Nature quoted him as saying.

"There are considerable subjective variations within the same residential environment on how disorder is rated - the social context matters.

"Once we get out of the lab or temporarily induced settings and consider the everyday contexts in which people live and interact, we cannot simply assume that interventions to clean up disorder will have invariant effects," he stated.

Schneider agrees that the implications of the work for public policy are not yet clear.

"One question we'd need to answer is how long these kinds of effects last," he said.

"There is a possibility that people may quickly adapt to disorder. So I would be very wary of concluding that people who live in unclean and disordered areas are more prejudiced because of that," he added.

The researchers suggest that local authorities could therefore counteract social discrimination by diagnosing and removing signs of disorder and decay in public environments.

Their findings have been reported in Science1. (ANI)