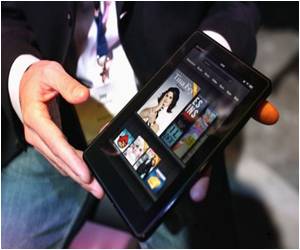 While e-books are considered a recent innovation, researchers at Pew Research Center reveal that a 'generation gap' already exists among those who read e-books with people over 30 years of age preferring to read them on e-book readers such as Amazon Kindle while those who are younger like to read them on mobile phones and computers.

Among e-book users surveyed, between ages 16-29, more than half read one on a desktop or laptop and around 40 percent use a mobile phone.

According to the survey, around 25 percent used an e-reader, the Herald Sun reports.

The report also showed that teen readers were less likely to read an e-book than those immediately older.

Depression is a common disorder and many worldwide suffer from depression. Early recognition of symptoms and signs of depression can help in taking a holistic approach to the management of depression.
Advertisement
This site uses cookies to deliver our services.By using our site, you acknowledge that you have read and understand our Cookie Policy, Privacy Policy, and our Terms of Use  Ok, Got it. Close
×