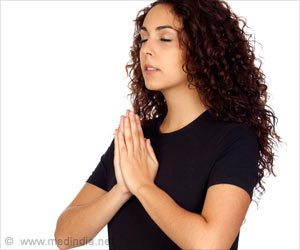 People are likelier to blame God for their bad moral behavior when they believe they were born to act that way, reveals a new research.

According to an ongoing Case Western Reserve University project, feelings of anger, disappointment, or mistrust toward God can negatively impact mental and physical health and over time, feeling in conflict with God predicts depression, likelihood of suicide, poor recovery from illness and general discontent.

Ebola Survivor Thanks God for Her Recovery

The Ebola survivor, one of the two US missionaries in West Africa, spoke out for the first time Wednesday, thanking God for her recovery but admitting she went through dark days .
Advertisement

Researcher Joshua Grubbs said that for this study, they are identifying another pathway to anger at and conflict with God and their research empirically shows that feeling as if God set you up to fail leads to conflict with deity, which they know from other studies can predict a lot of negative outcomes.


The study focused on evaluating how anger at God may be related to how people view the cause of their own moral transgressions. Researchers found that people view God as partly responsible if they attributed these transgressions to how God created them.

Janus capsules were understood only in theory till now, but a path-breaking research has enabled easy production of Janus capsules and at low cost too.
Advertisement
Grubbs said that this bears implications for people working through their own identities and the religious identities they were raised to believe, for example, someone raised in a religiously conservative background would likely believe that God made them and that God prohibits a wide range of sexual behaviors.

If they find themselves wanting to engage in some of those behaviors or feel like they were born with desires that God prohibits, they might have a crisis of faith because they feel like God made them to fail, he added.

Grubbs concluded that what they found was that participants who were more likely to describe their transgression as the result of their personality or biology, as a result of who they felt they were as people, were also more likely to feel angry and upset at God in response to the transgression.

The findings are published in the Journal of Psychology.

A preacher in South Africa advises his followers to eat grass and cleanse themselves so that they can be closer to God .
Advertisement
Advertisement
This site uses cookies to deliver our services.By using our site, you acknowledge that you have read and understand our Cookie Policy, Privacy Policy, and our Terms of Use  Ok, Got it. Close
×