People in China Fearful of Getting Old 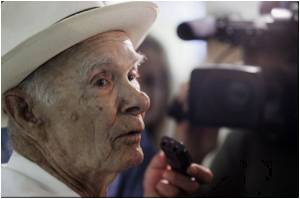 A new survey has revealed that people in China are among the most fearful of getting old.

According to Bupa, a British healthcare organization, which asked 12,262 people in 12 countries about their attitudes toward aging, 28 percent of the Chinese polled said they feel depressed when they think about getting old, reports China Daily.

Although 72 percent of all respondents aged 65 and over said they do not feel old, the survey conducted in June and July this year found more than half of those aged 45 to 54 in China already consider themselves to be elderly.


About 30 percent of Chinese respondents said they worry about who will look after them in later years, while 91 percent agreed the government of the world's most populous nation should improve care for the elderly.

Aging is natural and irreversible but it can be slowed down. Learn how to combat aging through simple means.
Advertisement
However, because people in China think about their future earlier, research suggested the country could be one of the best prepared for addressing the aging problem.

About one third of Chinese respondents - more than double the global average - said they have put money aside for retirement, while 46 percent have taken out insurance, the poll showed.

Qiao Xiaochun of Peking University said the Chinese culture is one of the factors behind the fear.

He recalled an old Chinese maxim that says it is rare for someone to live past 70, adding: "Although the Chinese people enjoy extended longevity, many still stick to that old saying because of its cultural connotation."

"Many Western countries have sound welfare mechanisms, so residents don't worry about their pensions. The Chinese government is making efforts to improve its pension system and to make it cover more people but many people still worry about how much money they will get when they retire," he explained.

Despite being one of the best prepared nations, three fifths of those surveyed in China expect their family to care for them when they can no longer do so themselves.

A Bupa-sponsored report by the London School of Economics, however, revealed that the "informal care network" (the traditional pattern of families looking after the elderly) is disintegrating.

This is due to a number of factors, said the report, including structural changes to the population, the increase of women in employment, the increase of one-person households and the rise in divorce rates.

Li Yinping, 55, a retired accountant in Beijing, said she thinks only people in their 70s can be called old. She said her pension is enough to support her in later years and that her only hope is that her son can visit regularly.

"I don't worry about my later years at all.

"When I'm old, I can turn to a rest home. The local hospital can deliver the medicine I need with just a phone call," said Li.

Xiao Zhe, a 26-year-old computer engineer in Beijing, is an only child whose parents live in his hometown of Chongqing.

"I'm so busy with my work that I can't go back to visit them often.

"When they're not able to care for themselves, I will hire a nurse to look after them," he said.

Botox or Botulinum toxin A is widely employed in the cosmetic industry due to its anti-ageing properties.
Advertisement
Advertisement
This site uses cookies to deliver our services.By using our site, you acknowledge that you have read and understand our Cookie Policy, Privacy Policy, and our Terms of Use  Ok, Got it. Close
×