People in Britain Keep on Lying in Their Everyday Life 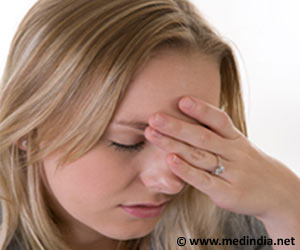 Telling a lie is turning a second nature among Britons, and a new research has described the country as a nation of fibbers.

According to a recently published Swedish study, having a smaller family is a springboard for giving future generations the chance of greater prosperity.
Advertisement

The survey found a quarter of drivers having lied on car insurance policies to try to get a cheaper deal, Daily Express reported.

Delhi Arogya Kosh to be Expanded to Include More Families

Showing how people in Britain keep on lying in their everyday life, the study says nearly 20 percent of of the Britons think pulling a "sickie" from work is fine while 13 percent feel that lying to a partner about cheating on them does no harm.

It says men are generally bigger liars than women. The average man tells three lies a day or a whopping 1,092 times a year. Women fib just twice a day or 728 times a year.

The roles are, however, reversed when it comes to hiding new clothes from a partner. In that situation, 39 percent of the women feel the need to lie about their latest wardrobe additions, in comparison to just 26 percent of the men fraternity.

Women are also most likely to pretend to be busy to avoid a phone call. Half admit to this opposed to just over a third of men, according to the research by BMW Financial Services.

Though lying causes a moral dilemma, Karen Pine, professor of Developmental Psychology at the University of Hertfordshire, says it is an essential trait in mankind.

"We think lying is bad, but actually the ability to deceive others has helped humans survive as a species," said Pine.

Men are more likely to lie than women, reveals study.
Advertisement
<< Genetic Reason Behind Unhappiness in Men
US Envoy Lends All Out Support to India's Objective of Impr... >>

How to Reduce School Bag Weight - Simple Tips Diaphragmatic Hernia Sanatogen Post-Nasal Drip Color Blindness Calculator Blood Donation - Recipients Blood Pressure Calculator Sinopril (2mg) (Lacidipine) Find a Doctor Find a Hospital
This site uses cookies to deliver our services. By using our site, you acknowledge that you have read and understand our Cookie Policy, Privacy Policy, and our Terms of Use