People Can Sense The Future 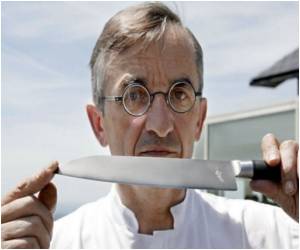 A new study based on an analysis of 26 papers published between 1978 and 2010 says, presentiment or sensing the future, even if we are clueless about coming events may in fact exist.

Researchers already know that our subconscious minds sometimes can grasp more than our conscious part. "A person playing a video game at work while wearing headphones, for example, can't hear when his or her boss is coming around the corner," said study leader Julia Mossbridge.

"But our analysis suggests that if you were tuned into your body, you might be able to detect these anticipatory changes between two and 10 seconds beforehand and close your video game, said Mossbridge, a research associate at the Visual Perception, Cognition and Neuroscience Lab at Northwestern University, the journal Frontiers in Perception Science reports.


"You might even have a chance to open that spreadsheet you were supposed to be working on. And if you were lucky, you could do all this before your boss entered the room," said Mossbridge, according to a Northwestern statement.

A key metabolic hormone thought to be the exclusive property of vertebrates is discovered in fruit flies.
Advertisement
This phenomenon is sometimes called "presentiment," as in "sensing the future," but Mossbridge said she and other researchers were not sure whether people could really sense the future.

"I like to call the phenomenon 'anomalous anticipatory activity'. Some scientists argue that we can't explain it using present-day understanding about how biology works; though explanations related to recent quantum biological findings could potentially make sense.

"It's anticipatory because it seems to predict future physiological changes in response to an important event without any known clues, and it's an activity because it consists of changes in the cardiopulmonary, skin and nervous systems," added Mossbridge.

Besides Mossbridge, other study co-authors include Patrizio Tressoldi of the Universita di Padova, Padova, Italy, and Jessica Utts of the University of California, Irvine.

Scientists at the University of East Anglia (UEA) have found a bacteria that cause disease in humans have a 'reversible switching mechanism' that allows them to adapt to environments lacking oxygen.
Advertisement
<< To Prevent And Cure Kidney Disease, ASN Creates New Foundat...
Study Shows UK As One Of Most Expensive Country To Study In >>