Peaches Geldof may Be Axed by Apple for Drug Overdose

British socialite Peaches Geldof, who has been hitting the headlines for all the wrong reasons, is in the news again as she may be axed as the host of ITV2's iTunes festival on July 23 following her reported drug addiction.

The delinquent teenager reportedly collapsed during a drug overdose and was saved by a quick thinking friend, who gave her chest compressions and mouth-to-mouth resuscitation before the emergency services finally arrived.

Apparently the 19-year-old music lover has upset bosses at iTunes, owned by Apple, who are fuming at her controversial activities.


"They were furious and have been in talks with ITV chiefs about whether to sack Peaches," the Sun quoted a TV source, as saying.

"They are a massive worldwide brand. If your audience is thousands of teens, you've got to be careful," the source added.

However the blonde socialite, who was seen sporting a weird noose tattoo on her arm, has been warned by the TV bosses to mend her ways in order to continue with them.

Purportedly Geldof, who is currently dating rocker Faris Rotter of 'The Horrors', has been carrying on with her same old stunt and has been sporting a wedding band on her engagement finger making up stories of her engagement to Farris.

"If we're still together in a year or so, then I would love to get married, but we're not engaged yet," Peaches said when asked about her marital status.

Frequent Family Meals may Reduce Substance Use in Teens
Parents who have regular meals with their adolescent children might help lessen the chances they will start drinking or smoking later in their teen years.
READ MORE 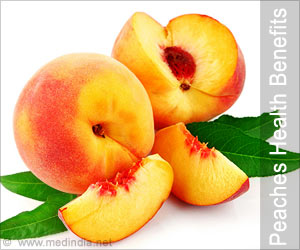