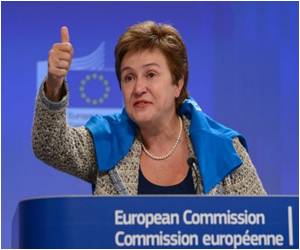 For worldwide humanitarian operations from 2014 to 2020, the EU executive announced the launch of a giant European 'peace corps' of 10,000 volunteers on Wednesday.

"EU Aid Volunteers will demonstrate our European solidarity by helping those most in need," said Kristalina Georgieva, the commissioner for humanitarian aid.

EU:Curbing Air Pollution Could Save Life and Money

In an EU-funded study it was found that reducing air pollution in major European countries could saves 19,000 lives per year, add life by two years.
Advertisement

"They will at the same time learn invaluable skills. Saving lives is a life-changing experience that they will never forget."


The scheme will be open to European citizens and long-term residents aged over 18 and comes with a budget of 239 million euros for training, deployment and capacity building in communities hit by disasters.

Expanded Use of Glivec Approved by EU: Novartis

The European Union will allow an expanded use of the drug Glivec to treat certain rare forms of gastrointestinal cancer, Novartis has revealed.
Advertisement
Some 10,000 people will be deployed from 2014 to 2020, the next European Union budget period, with training also provided for 7,000 local staff and volunteers of organisations in countries hit by disasters, the European Commission said.

The scheme will be organised in cooperation with recognised humanitarian organisations.

Georgieva said there was wide public support for the scheme despite the economic crisis.

She quoted a recent Eurobarometer poll in the 27-nation bloc that showed 88 percent support for a scheme to select, train and deploy humanitarian aid volunteers.