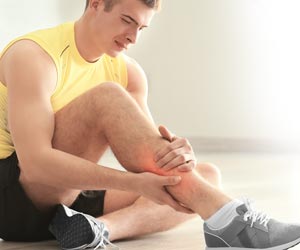 Peripheral artery disease(PAD) patients were found to have low Omega-3 index compared to those without this disease, according to new research published in Lipids.

PAD is a disease that affects the blood vessels outside the heart and brain. Evidence from other studies suggests that omega-3s affect many steps of the atherosclerotic process. More specifically, they improve endothelial function; promote vasodilatation through relaxation of smooth muscle cells; exert antioxidant, anti-inflammatory, and antithrombotic actions; delay development of plaques and increase their stability; and decrease wall stiffening.


Because PAD is essentially atherosclerosis of the leg arteries, researchers in this study believe that patients with PAD may have an omega-3 fatty acid deficiency.

"It is likely that the lower inflammatory burden associated with a higher Omega-3 Index may be part of the explanation for these results," said Bill Harris, Ph.D., one of the study's authors. "Whether long-term use of omega-3 supplements and/or increased consumption of oily fish could prevent the development of PAD should be examined in future studies."

Diet, Nutrition and Supplements for Osteo-Arthritis and Rheumatoid ArthritisPromote Your Health with Nutrition SupplementsTop Beauty Foods to Look Younger and GlowingHealth Benefits of Omega 3 Fatty AcidsPeripheral Artery Disease (PAD)
Sign up for Wellness Consult a Doctor Sign up for Selfcare