PCs and Phones Geared by Mind Step Next to Reality 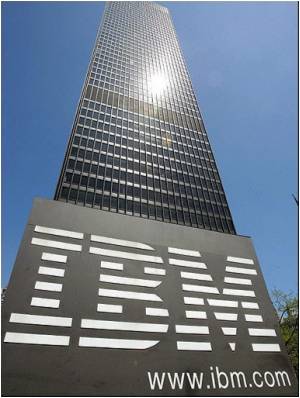 IBM, the technology giant has revealed its top five predictions for latest technologies to emerge or progress in the next five years, inclusive of mind controlled phones and computers.

Hoverboards remain suspiciously absent, but the ability to dial someone just by thinking of them has been flagged as a way to take current technologies like Siri a step further.

It is possible to manipulate complex visual images on a computer screen using only the mind, a new study has shown.
Advertisement

IBM scientists are also working on ways to hook people's brains to their computers, allowing for navigation by thought, the Herald Sun reported.


In data released in the US, predictions have also warned of the end of junk mail, replaced with spam advertising so sophisticated and tailored you won't think it's junk anymore.

Fitting a monkey with a hi-tech brain chip, Pittsburgh University scientists in the US have been able to teach the non-human primate to move a complex robotic arm using mind control.
Advertisement
Turning peddle power and the kinetic energy of water running through your pipes into electricity is also on the cards. It also suggests potential downfall of passwords with the advent of voice and facial recognition.

Advances in smartphone technology have also been predicted to end the digital supremacy of high-income earners, with powerful, hand-held computers expected to be in the hands of 80 per cent of the world's population within five years.

Technology giant IBM launched a bid Tuesday to find drug treatments for diseases such as dengue fever and Hepatitis C by using a global computer grid whose aim is to benefit humanity.
Advertisement
<< Evolution of English Language Being Triggered by Young Wome...
Maintaining Healthy Dietary Habits Has Benefits Beyond Weig... >>

Accident and Trauma Care Blood Donation - Recipients Turmeric Powder - Health Benefits, Uses & Side Effects Find a Doctor Blood Pressure Calculator The Essence of Yoga How to Reduce School Bag Weight - Simple Tips Drug Side Effects Calculator Vent Forte (Theophylline) Loram (2 mg) (Lorazepam)
This site uses cookies to deliver our services. By using our site, you acknowledge that you have read and understand our Cookie Policy, Privacy Policy, and our Terms of Use