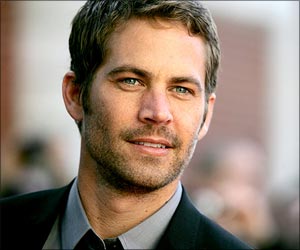 A post-mortem examination has revealed that Paul Walker had died by impact and a fire in the car crash.

According to media reports, the 'Fast and Furious' star and Rodas died within seconds of the crash, the BBC reported.


Results of toxicology tests will not be available for several weeks.

Investigators continue to look into the cause of the single-car crash, but have said speed was believed to be a factor.

More News on:
Autopsy Diet and Nutrition for Healthy Weight Loss Diabetes Type 2 and Its Link to Sugar-Sweetened Beverages

Over $16 Billion Spent in Hospital Care for Firearm Injuries in the Last Decade
More than $16 billion was spent in hospital care for treating firearm injuries between 2000 and ......

Chinese Girl, Who was Disfigured in a Fire, Gets New Face Grown on Her Breast
A 17-year old Chinese girl, whose face was disfigured in a fire when she was just five years old, .....

Researchers Determining Methods To Protect Children from Firearm Violence
An important cause of preventable injury and mortality are firearm-related injuries in children and ...

Brazil Bans Sales of Toy Guns to Staunch an Epidemic of Firearm Related Crime
As the country attempts to staunch an epidemic of firearm-related crime, a Brazilian territory is .....

Autopsy
Autopsy/Postmortem is a medical procedure involving the examination of the body of a dead person to ...