Patients With Treatment-resistant Colorectal Cancers may Have New Option 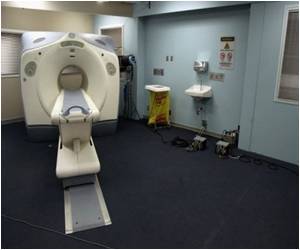 Among cancers that develop resistance to anti-EGFR therapy, some showed overexpression of a gene called MET, according to a study published in the June issue of Cancer Discovery, a journal of the American Association for Cancer Research. Preliminary data published in this study showed human tumors with MET amplification, grown in mice, responded to MET inhibitor drugs.

The MET gene is known to be amplified in about 10 percent of colorectal cancers, and is associated with worse prognosis.


The paper was also presented as part of an oral session at the 2013 American Society of Clinical Oncology Annual Meeting.

"Our studies provide evidence that colorectal cancer resistance to anti-EGFR therapies can be driven by MET gene amplification," said Alberto Bardelli, Ph.D., associate professor in the Department of Oncology at the University of Torino in Italy. "But what is more exciting is that we were able to detect these amplifications in the blood."
Advertisement
A subset of metastatic colorectal cancers responds to the anti-EGFR drugs cetuximab and panitumumab, but almost always develops resistance within several months of the initiation of therapy, according to Bardelli. Mutations in genes related to EGFR signaling, including KRAS, BRAF and NRAS, account for about 60 percent of the cases that develop resistance; the cause of resistance in tumors without these mutations is unknown.

"Unfortunately, patients whose tumors recur after anti-EGFR therapy are out of further options currently," said Bardelli. "The possibility that we can identify those who have MET amplification using a blood test is exciting because they might be treated with MET inhibitors."

Bardelli and his colleagues analyzed tumors from seven patients who developed resistance subsequent to anti-EGFR therapy, and identified three who did not have the previously known mutations. Using next-generation sequencing, they demonstrated amplification of the MET gene in these three tumor samples.

Blood samples collected at regular intervals during treatment with anti-EGFR therapy until relapse were available for two of the three patients. The researchers were able to detect MET amplification in the blood, and they demonstrated it occurred prior to relapse. The ability to detect MET amplification in blood provides a noninvasive, highly sensitive method for monitoring and predicting drug resistance and tumor recurrence, according to Bardelli.

Using "xenopatients"  patient-derived, drug-resistant colorectal cancers grafted and grown in mice  the researchers identified a novel, biologically distinct subset of tumors that were resistant to anti-EGFR drugs and did not have alterations in KRAS, BRAF or NRAS but carried MET amplification. The researchers further confirmed the overexpression of the MET gene and MET protein in these tumors using special techniques called fluorescent in situ hybridization and immunohistochemistry.

Gene That Protects Against Colorectal Cancers Identified
The research team at Lyon has developed an animal model carrying a mutation of the DCC gene. Mice .....

Older Women Who Smoke are at Increased Risk of Colorectal Cancers
A new study led by researchers at Mayo Clinic has revealed that smoking puts older women at ......

Diet and Colorectal Cancer
What you eat plays a crucial role in the risk of developing colorectal cancer. Find out how food and...

Diet to Prevent Colon Cancer
Diet and lifestyle play an important role in reducing the risk and delaying the onset of cancer. Inc...

Lynch Syndrome
Lynch syndrome is the leading cause of inherited colon cancer due to germ mutations in MMR genes....