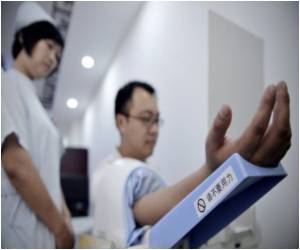 An intervention delivered in a primary care setting aimed at getting patients at risk for heart disease to increase their physical activity and improve their diet improves quality of life and is highly cost-effective compared with standard care, says a new study.

Researchers assessed the effect on quality of life and the cost-effectiveness of a three-year lifestyle intervention program among 151 men and women at moderate to high risk of cardiovascular disease visiting a primary care center in northern Sweden.


After six patients withdrew, 71 were randomly assigned to the intervention, which included progressive exercise training three times a week, diet counseling and regular group meetings. After an initial three-month intervention period, participants were invited to attend group meetings at regular intervals and encouraged to maintain at least 30 minutes per day of physical activity. The control group (74 individuals) was given verbal and written information about exercise and diet at one group meeting.

Heart attack is the death of the heart muscle due to loss of blood supply. Heart disease is the leading cause of death in the United States. Other names for heart attack include acute myocardial infarction, coronary thrombosis, and coronary occlusion.
Advertisement
Differences between the two groups, intervention group and control group, over the three-year period were observed on most of the quality-of-life measurements taken.

"These results should be viewed in the context of the favorable impact on physical activity, fitness, waist circumference, waist-to-hip ratio, blood pressure and smoking cessation over the three-year period," says the research.

Hence, the study concludes that high-intensity and long-lasting interventions can produce sustainable improvements in quality of life and can obviously be cost-effective.

The report appears in the September 13 issue of Archives of Internal Medicine, one of the JAMA/Archives journals.