There is currently insufficient understanding of the clinical significance of hyperplastic polyps and sessile serrated polyps to make reliable recommendations to clinicians about how to respond (e.g. when to repeat colonoscopy) when these lesions are detected.


A research article to be published on August 14, 2009 in the World Journal of Gastroenterology addresses this question. The study material was 40 consecutive polyps at least 5 mm in size from the proximal colon, identified in 2001 at a single institution, and interpreted as hyperplastic in 2001 by general pathologists. In 2007 reinterpretation was performed by 3 experts gastrointestinal pathologists, The gastrointestinal (GI) pathologists interpreted 85%, 43% and 30% of the polyps as sessile serrated polyps (sessile serrated adenomas). The overall Kappa was 0.16. When diagnoses were compared in pairs, Kappa values were 0.38 and 0.25 (fair agreement) and 0.14 (slight agreement). The results indicated that many polyps interpreted as hyperplastic in 2001 were considered sessile serrated lesions by GI pathologists in 2007, but there is substantial inter-observer variation amongst GI pathologists.

These results point to a problem for clinicians. Not only is the best clinical response to various types of serrated lesions uncertain, but the criteria for pathologic interpretation of these lesions and whether they can be reliably distinguished is still not fully established. Additional work is needed to clarify the pathologic interpretation of these lesions and define the clinical significance of subgroups of serrated colorectal polyps.

How Diarrhoeal Bacteria may Cause Some Colon Cancers
Johns Hopkins scientists have gained significant insights into how bacteria that cause diarrhoea may also be responsible for some colon cancers.
READ MORE

Researchers Develop Novel Method To Digitally Detect Methylated DNA In Colon Cancer
A unique and highly sensitive method for detecting methylation-associated cancers has been demonstrated by a study published in this week's online issue of Nature Biotechnology.
READ MORE 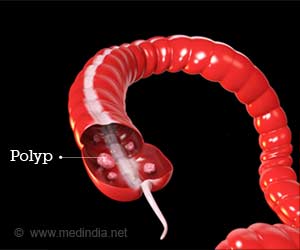